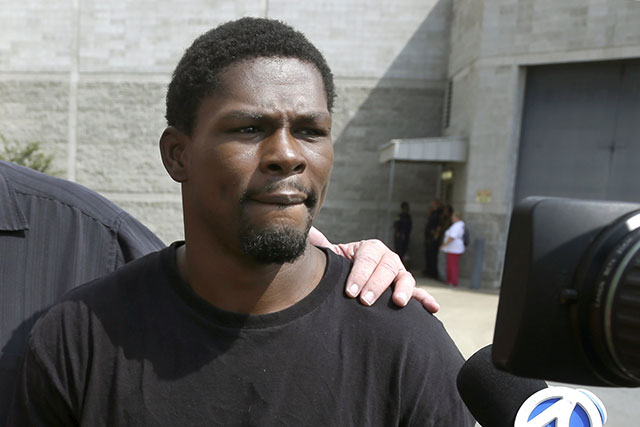 JERMAIN TAYLOR has been stripped of the IBF middleweight title by the governing body.

The American veteran, 36, caused a minor upset when he defeated Sam Soliman to win the belt in October but his return to form was sandwiched between two gun-related incidents. In August Taylor is alleged to have shot his cousin, and in January this year the fighter discharged a gun and threatened a family in his Little Rock hometown in Arkansas. Taylor was due to defend his title against Sergio Mora in a voluntary defence but it was cancelled following that second felony incident.

The IBF made the decision to strip Taylor because he is in no position to defend his title, nor negotiate a defence.

“The IBF wishes Jermain the best of luck and hopes that he is able to resolve these matters quickly,” IBF president Daryl Peoples said in a statement. “Jermain Taylor’s promoter, Lou DiBella, was advised to notify the organisation when Mr. Taylor resumes his boxing career.”

A return for Taylor looks unlikely. Recent events have been a shock to those who know Taylor, and as a consequence, attorneys advised he attend a mental evaluation. The results will be available in April.

Mandatory contender Hassan N’Dam has been nominated alongside German veteran Felix Sturm to fight for the vacant belt.