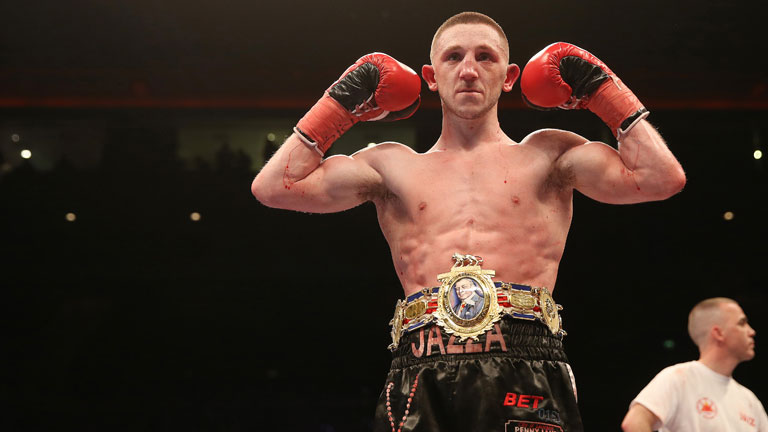 AHEAD of his first British super-bantamweight title defence, Liverpool’s Jazza Dickens is still inspired by one of the city’s most revered fighting sons, former WBC light-heavy king John Conteh.

“I’m still young,” said the 24-year-old who meets Martin Ward on November 20 in Houghton-le-Spring. “But when I started at age 12 I used to see a picture of Conteh with the WBC belt on him and I always thought that would be me. I’m happy at this level right now though and I’m enjoying it; a lot of great fighters have never won the British title.”

Having successfully rebounded from his only defeat, to former undefeated European ruler Kid Galahad in 2013, Jazza, a devout Christian and 2010 national amateur champ, has waited eight long months for his first defence of the coveted Lonsdale Belt.

“It’s been very, very frustrating,” he admitted. “I know Martin isn’t doing it for my benefit but I really, really appreciate that he took this fight. He put himself forward when no one else did. He was the first person to do it, so I take my hat off to him.”

Read what Ward has to say here.