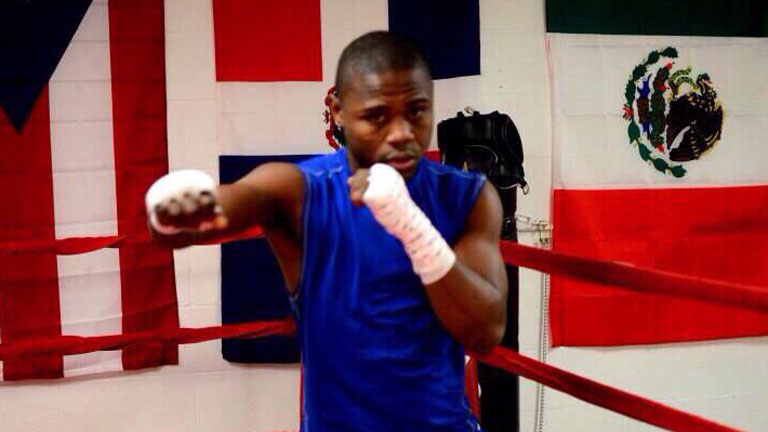 FORMER WBA World super featherweight champion Javier Fortuna returned to action this past weekend in front of his hometown fans, stomping out fellow countryman Marlyn Cabrera in the second round. Back in contention after his first defeat, the Dominican native will seek a title shot in 2017, possibly against the winner of the November contest between Stephen Smith and Jason Sosa.

Fortuna approached cautiously at the opening bell, testing his jab while Cabrera stood his ground and dished a few back. After their initial exchange, Cabrera got a taste of his opponent’s power and began to retreat. Fortuna pounced, staggering him with a powerful left hook in the center of the ring.

The difference in power between the Dominican rivals was stark. Cabrera made an honest attempt to steal the opening round in the closing seconds, but a sharp right counter from Fortuna sent him tumbling to the canvas as the official was getting ready to stop the action. He bravely beat the count but shared a look of concern with his corner as he approached the stool.

Smelling blood, Fortuna pounced on Cabrera in the second, unleashing a flurry of shots onto his overmatched foe. To Cabrera’s credit, he slipped and blocked many but he had no answer for the high-volume attack from the former two-division champion.

After the break, Fortuna landed a left hook to the body, followed by a left hook upstairs that spelled the beginning of the end for Cabrera. The crowd roared. Fortuna taunted, chased, and landed the final left hand that sealed Cabrera’s fate. The overmatched Santiago native fell to the canvas right as the corner was throwing in the towel. It was an impressive win for Fortuna, albeit against untested opposition.

Fortuna’s promoter, Sampson Lewkowicz, spoke to Boxing News after the bout. While his fighter is pleased to be back in contention after his first career defeat to Jason Sosa in June, “he didn’t enjoy the victory because he feels bad that he needed to give his countryman his first loss. He told me after the fight, ‘please, never again. I can not do that to my country.’”

The plan for Fortuna, according to Lewkowicz, is to fight a top-ten IBF contender for a shot at a final title eliminator in 2017, or await the result of the November 12 bout between Jason Sosa and Stephen Smith in Monaco.

“The winner of Sosa vs. Smith will need to face Fortuna. It’s in the options that I had with Sosa and it’s already contracted. The winner signed that he will fight Fortuna.”