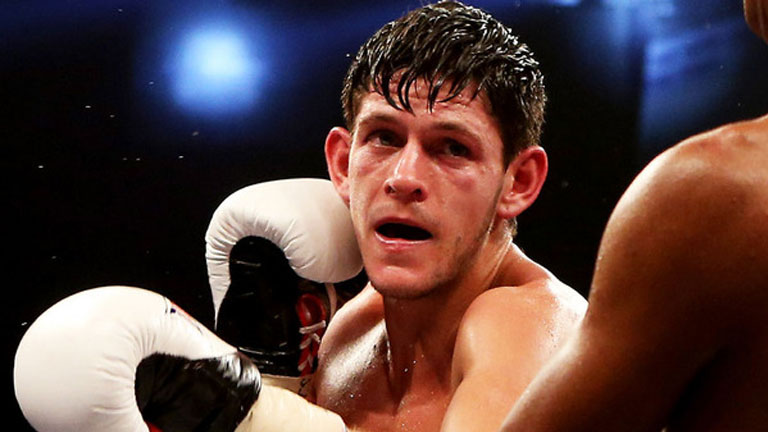 JAMIE McDONNELL hopes to thrust himself into the limelight by moving up to super-bantamweight and fighting former world champion Scott Quigg.

McDonnell currently holds the WBA’s secondary title at bantamweight, though the WBA have ordered their full champion, Rau’shee Warren, to face the Doncaster man.

However the 30-year-old is one of the UK’s best fighters, having previously held the IBF title and beaten several world champions.

“It’s frustrating for him. It’s not just about the money with him now, he wants to prove he’s the best,” his trainer, Dave Coldwell, told Boxing News.

“Look at his resume, there aren’t many British fighters with the kind of record he’s got, but he doesn’t get any attention or much of a push.

“I’ve spoken to him about it, he knows there are bigger fights at super-bantamweight and he would love the Scott Quigg fight. I saw Quigg say he wants to get straight back in at a high level in November – Jamie would be straight in for that.

“He could have 10 more fights at bantamweight and still be at the same level, or he could move to super-bantamweight and get big fights. A fight with Quigg is just the sort of big domestic name Jamie needs.”

In 2013, McDonnell won the vacant IBF title against Julio Ceja – who would go on to become WBC super-bantamweight champion – but was unceremoniously stripped of the belt.

Last year he twice beat Tomoki Kameda – who vacated his WBO belt before fighting McDonnell – in America, producing two of the biggest British wins of 2015.

Quigg is recovering from a broken jaw he suffered during his points reverse to Carl Frampton back in February, a huge unification fight which granted both men massive exposure in the UK.

Coldwell hopes a fight with someone of Quigg’s stature will help improve McDonnell’s profile.

“He’ll be a much better fighter with the extra four pounds on him, he goes through hell to make bantamweight anyway,” he said.

“I tell him that if he keeps winning, the fights will come. He’s WBA champion and I have to tell him that, it’s ridiculous. It’s frustrating to see other fighters who are difficult to deal with get opportunities and big fights.”