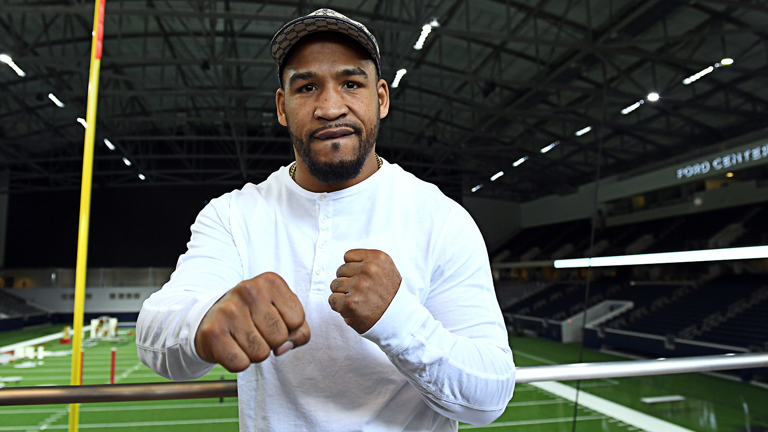 JAMES KIRKLAND admits he did not prepare in the way he should have for his May 2015 fight with Canelo Alvarez – though insists he is not making excuses.

The 32-year-old was destroyed inside three rounds by Mexico’s Alvarez and looked dreadful in what was his first outing since 2013.

He returns in February 2017 when he will meet former four-weight king Miguel Cotto in Frisco, Texas and the ‘Mandingo Warrior’ believes he will be more than ready.

“I definitely want to put on a great performance,” he said.

“I didn’t give it my all when I fought Canelo Alvarez. I didn’t prepare the way I needed to but I’m not going to bring any excuses to the table.

“This fight is to show my team, my fans and everyone who has followed and supported me, that James Kirkland is still in the race. Kirkland is still here to make a stand. Keep my name alive, please attend and watch it come February 25. It’s going to be a war.”

Prior to his fight with Alvarez he split with trainer Ann Wolfe, who had always gotten the best out of him.

He has since rekindled the partnership and Wolfe – a self-confessed Cotto fan – and she is confident that her charge will be 100 per cent ready for the Puerto Rican legend.

“I know everyone knows that I’m not one for all of the talking, even the sh*t talking or whatever,” she said.