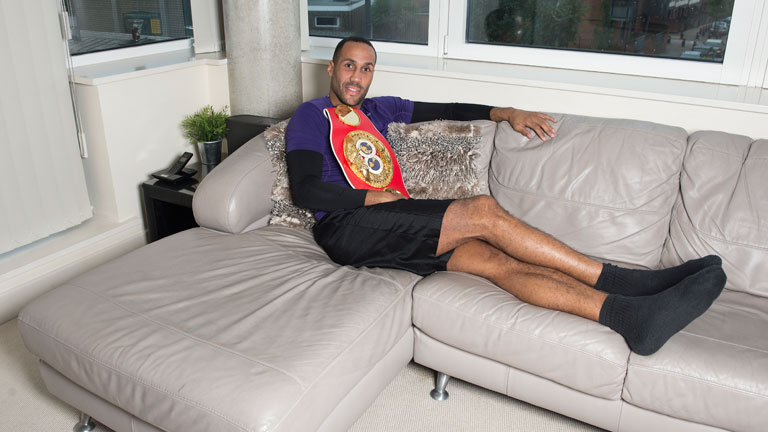 JAMES DeGALE is not looking past Lucian Bute, who challenges him for the IBF super-middleweight belt in Quebec on November 28. That said, the 29-year-old is hugely ambitious and has several things he wants to achieve before retiring, most notably divisional domination.

“I want to unify the titles,” southpaw DeGale tells us. “Badou Jack for the WBC, hopefully make that next year and Martin Murray, if he beats Arthur Abraham for the WBO belt the week before me against Bute, we can make that. All I wanna do is be in the big fights.”

While Jack would be an intriguing style match and Murray presents a domestic superfight, it’s fair to say the 168lbs weight-class lacks genuine marquee names. DeGale has said in the past he could make middleweight – home of Gennady Golovkin, Miguel Cotto and Saul “Canelo” Alvarez (the last two perhaps temporarily) – so would he consider shedding the pounds to find the defining contest he craves?

“I am comfortable at super-middleweight,” he reasons. “I could probably do middleweight or go up to light-heavyweight. There’s so many options. Andre Ward, will he fight me? I could have fought him when he fought Edwin Rodriguez but that ended up falling through and I’m actually pleased because I was injured.”