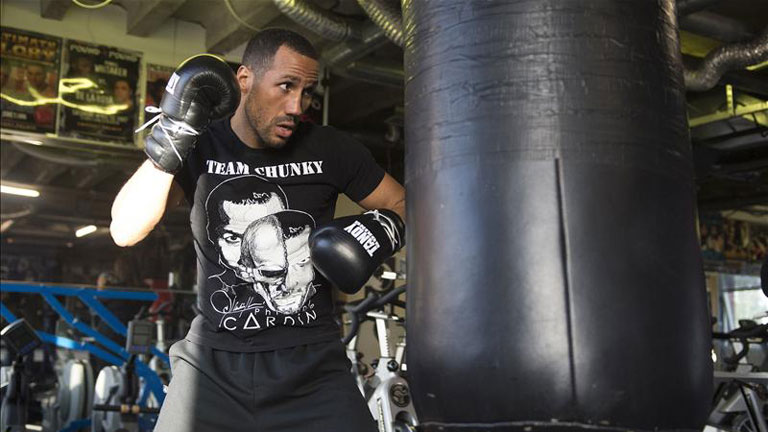 JAMES DeGALE is still waiting on news of his planned super-middleweight unification fight with Badou Jack, though believes it could be headed for an October date.

DeGale and Jack defended their IBF and WBC titles respectively in April, setting up a mooted clash between the pair for later this year.

News on that front has become scarce of late as Al Haymon, who manages both fighters, continues to nail down the details.

“I’m still waiting on news, I’m expecting a call from Al and the team sometime in the next couple of days about a date and venue,” DeGale told Boxing News.

“It was originally meant to be in September, but now I’m hearing it’s more likely to be October, it’s also looking like it’ll be in America as well.”

DeGale has been vocal about his desire to bring the unification clash to his native England – and, more specifically, to London – given that he hasn’t boxed in the UK since winning his title last year. He won it in Boston, before defending it in Canada and then Washington.

The 30-year-old is currently in Cyprus with his training team, keeping himself in shape as he awaits official confirmation of the Jack fight.

“I know it’s been quiet on the news front, but I’ve still been training and I’m still ticking over, making sure I’m ready,” he continued.

“There’s an army base out here with a boxing gym so we’ll be heading there. This is a big, big fight so don’t you worry, I’ll be ready to beat him and unify those titles to prove to everyone I’m the best super-middleweight in the world.”