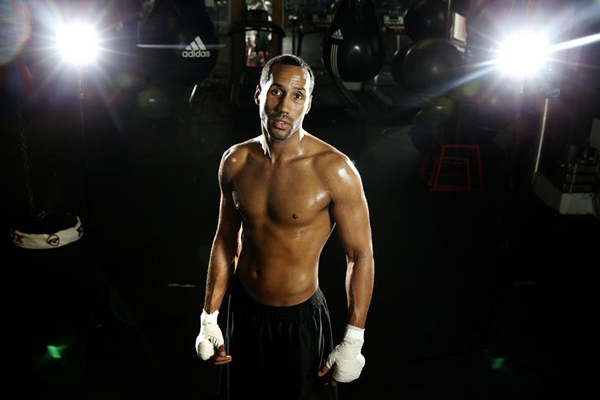 A spat brews between James DeGale and Chris Eubank

WHILE James DeGale may be about to face the biggest fight of his career, a unification battle with Badou Jack on January 14 in New York, he still found time to hit back at Chris Eubank.

DeGale is the IBF super-middleweight champion and hopes to add Jack’s WBC crown to his collection. Chris Eubank, whose son boxes for the lightly regarded IBO strap in February, tweeted DeGale: “It’s not the IBO title that bothers James DeGale. It’s the severe beating he will have to withstand until Chris Eubank Jr stops him.”

James responded, telling him: “You really need to get a grip on life or just disappear mate.”

But DeGale must concentrate on the task at hand. He knows how difficult a challenge he could be. “I’m mentally prepared. Badou Jack is an extremely good fighter. He’s a tough opponent. He gets better every single fight. The way I’m feeling right now, Badou Jack shouldn’t beat me. I’m focused on fighting my very best,” he said. “This fight has a different feel. I feel like I’m in a big fight. I feel like I’m on a different level of fitness for this one. Mind, body and soul. Everything is great.

“I’ve sacrificed a lot to put myself in this position and to make sure this was a great camp. Now the time is here.”