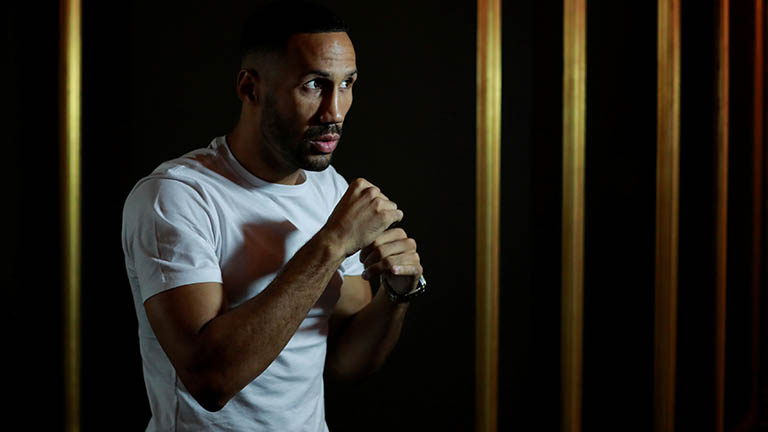 'Sparring is so different. In the fight you’ve got small gloves on and no headguard,' James DeGale warns Chris Eubank Jnr. John Dennen reports

JAMES DEGALE and Chris Eubank Jnr have something of a past. Their mutual antipathy sprang from a sparring session long ago. DeGale insists Eubank ended the spar early, because it was one-sided in his own favour, while Eubank Jnr took quite a different view, publicly saying that he ‘schooled’ DeGale and vaulting the ropes of the ring in the gym after they’d sparred to prove what condition he was in.

DeGale took a dim view of the experience. “He came down and sparred me then the next day went on twitter and said he schooled me. It was all set up,” James said.

It was an odd encounter. DeGale’s trainer Jim McDonnell said, “The controversy was that he was supposed to spar eight rounds but got out after six. When we carried on the work, Eubank jumped over the ropes and shadowboxed in between our sessions.”

You can’t read much into a spar. DeGale said, “He says he got the better of Carl Froch but Froch plays into his hands. He stands there and has a go. He says he’s sparred me, sparred Groves a lot but sparring is so different. In the fight you’ve got small gloves on and no headguard, I think he takes a lot of confidence from sparring.”

Neither man has been in good form. DeGale’s performances last year, though he was winning, were unimpressive and Eubank was handily outboxed by George Groves. But that does make their February 23 match-up at the O2 intriguing.

DeGale has radically altered how he trains and promises he will be improved for this next fight. His trainer Jim McDonnell said, “Out in America he was sparring and it was like seeing the old James DeGale, it was mustard.”

“This sounds mad but I have not run for six months,” the fighter revealed. “I had to stop running because of my Achilles tendon. It has been killing my coach Jim because he loves running.”

“I was worried but now I get a lot of my fitness from the Airdyne bike, it’s crazy hard,” he said. “There are other ways of getting fit. I used to do 25 miles a week and that is why I had so many problems with my Achilles tendon, which is too much.

“Every Sunday I would do my old-school Hampstead Heath run, 10 miles, and then I would spar and do my strength and conditioning. It was too much.

“I always said ‘you can never over-train’ but I was wrong.”