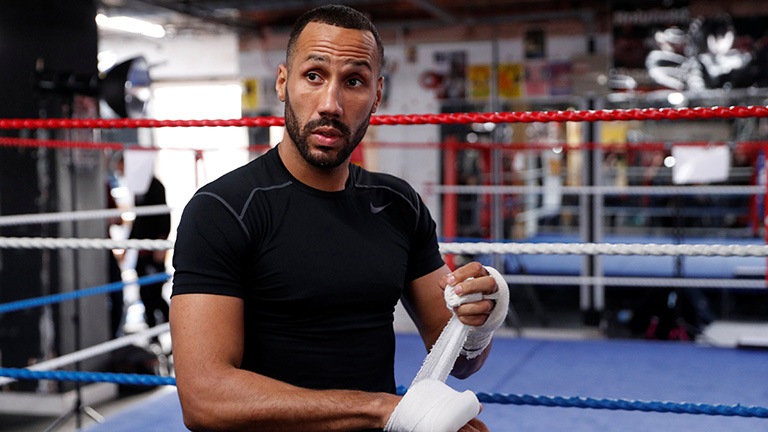 WHILE George Groves and Chris Eubank Jnr are enjoying the limelight in the boxing world ahead of their WBA super-middleweight world title fight in February, James DeGale defends his IBF 168lbs crown against Caleb Truax on Saturday (December 9).

DeGale insists that he is the best fighter in his weight class. “I am the recognised number one in the super-middleweight division. I know [Groves] is saying that it is him who is number one but that is all good to me,” he declared. “Bollocks. It’s all talk. I heard an interview with him the other day and he said he’s the number one in the world. How does he justify that? Who has he boxed? He beat [Fedor] Chudinov for the world title, before that he beat [Martin] Murray, good fighter, and [David] Brophy. How does he justify he is number one? I beat Andre Dirrell for my world title, he was 24-1 when I beat him, only loss against [Carl] Froch. Then I went to Canada and beat [Lucien] Bute who was a five-year world champion, then I mash up [Porky] Medina who was my mandatory, then I unified with Badou Jack [a draw]. Does anyone think he is number one?

“I do actually think I’ve got something to prove, and that I’m still number one. But as I say, my record speaks for itself and I will keep working hard, keeping winning and winning titles then it will just cement it itself.”

DeGale wants to add more world titles to his collection. “Of course I want to unify, now that I am healthy and injury free this time,” he said. “I am sitting here, got this fight against Truax and then hopefully I will box David Benavidez [the WBC champion] in the March, April time.

In the long run he does expect to fight the winner of World Boxing Super Series. “I’ve said Callum Smith would win the Super Series when it started. He didn’t look too good in his first time out. [Chris] Eubank looked good taking out that Turkish guy [Avni Yildirim].”

“He was told to put it on me but he couldn’t. I broke him and he jumped out of the ring.”

A rematch with Groves would be hugely appealing. “Groves did well against [Jamie] Cox as well. He is tough and strong. Smith is also very big,” DeGale said. “But the bottom line is that I don’t care who wins because I can beat them all.

“I’d like Groves to come through it because I want to fight him again and we could do it with our belts on the line.

“Our history goes back a long way and it would be a fantastic fight.”