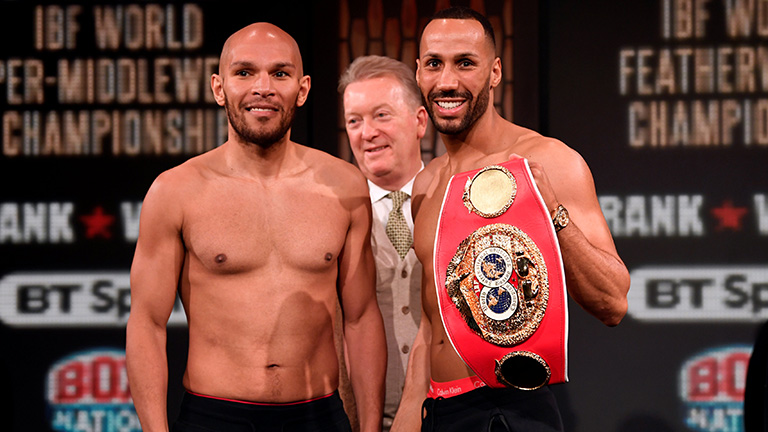 James DeGale fight time and where to watch it

James DeGale fight time and where to watch it

THE IBF super-middleweight champion James DeGale won his world title in America and has been boxing abroad. Now he fights in London, his hometown, for the first time as a world champion, taking on challenger Caleb Truax at the Copperbox Arena in Stratford on Saturday (December 9).

Another world champion is in an action. Welshman Lee Selby, the IBF featherweight titlist boxes Eduardo Ramirez, although as the Mexican came in overweight he is not eligible to win the world title. Heavyweight prospect Daniel Dubois fights Dorian Darch and light-heavyweight Anthony Yarde takes a step up against Nikola Sjekloca.