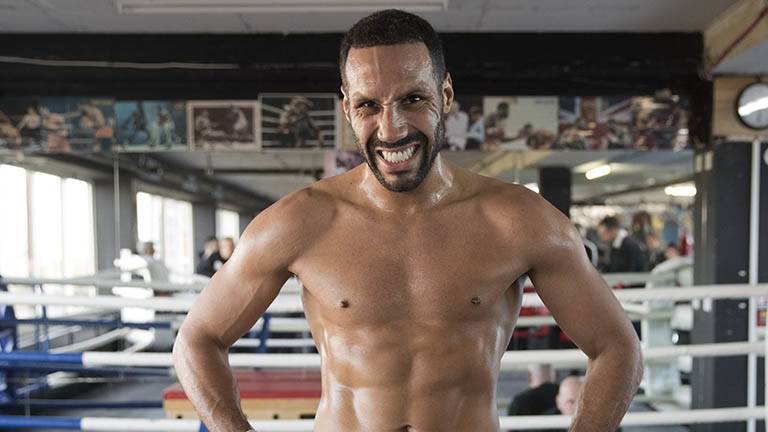 AN IBO belt might be available when James DeGale boxes Chris Eubank Jnr at the O2 on February 23, but DeGale, a former IBF champion twice over, himself remains unimpressed with the trinket.

“The IBO title might be on the line but, no disrespect, it is not what I am in this fight for. For me it is not recognised as one of the four major world titles,” he said.

He scoffed at Eubank Jnr, who has held the belt before. “Chris was very deluded when it came to carrying that belt around and calling himself a world champion,” DeGale said. “He was parading it around like he was the super-middleweight champion of the world, he is mad.

“If you hadn’t seen his two high-profile fights against Billy Joe Saunders and George Groves, you would think he was a serious guy.

“His dad called him a killer, said he was better than Mayweather and was going to beat up Golovkin, he almost got me believing!

“I don’t want to put him down too much because he is a tough guy, he will be there all night and he won’t back down but he is not good enough to beat me.

“He is a certain level and can mix it with the big boys but he cannot beat them.”

Intriguingly he did commend Eubank for joining him with influential American adviser Al Haymon. “Al did not ask me about him before he signed him, he is probably just covering all bases with the deal,” DeGale said. “I have been with Al for a long, long time, he has treated me extremely well and I have a good relationship with him.”

DeGale would encourage other British fighters to join him with Al Haymon. “He is a mysterious guy but he is the main man, he is the most powerful man in boxing,” James said. “He runs things but he has treated me extremely well. I speak to him whenever i want.

“Al is loyal, a loyal guy and he likes that I have been loyal to him as well.

“I don’t have a bad word to say about him. I thank him because he has got me a lot of money and the right fights and he has been a big part of that.”

“When I first signed up with Al it did feel like a risk,” he added. “Four or five years ago when we did the deal it was a risk but look at how it has gone. I have done well.”