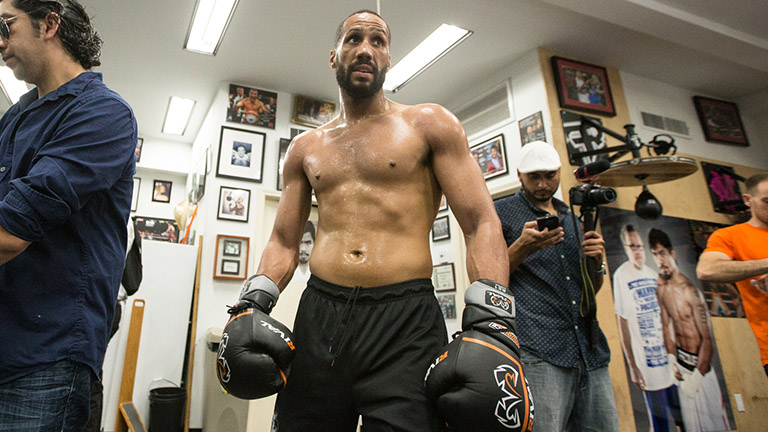 JAMES DEGALE hasn’t made a habit of praising Carl Froch. Before Froch retired DeGale was his mandatory challenger, calling for the fight. But DeGale has to admit that Froch retired at the top.

“I think that’s just the way the sport is. He’s done the right thing, didn’t he, really? Look at me, I’m coming to the end of my career now. I just vacated my belt because I had to fight this dangerous Venezuelan [Jose Uzcategui], was going to get little money for it, or there’s opportunity where I can fight in domestic grudge matches and earn very good money. What do I do? And that’s what Carl Froch done. He thought why am I going to fight this young and upcoming, hungry fighter when I’ve just knocked out George Groves? I’ve made 10 mill, I’m gone,” DeGale told Boxing News.

“You’ve got to give Carl Froch credit because he went out on top. What a way to go out.”

He admits he made mistakes last year, coming back from injury too soon and losing his world title to Caleb Truax. “I rushed to get back in the ring,” he says. “Last year was all wrong, last year was a bad year for me.”

That aberration he promises has now been rectified. He won back the IBF super-middleweight title and has now vacated, setting his sights on bigger events.

“Benn and Eubank they had those classics and everyone talks about it to this day. That’s what I need,” DeGale continued. “They’re the fights I want, the domestic grudge matches, that everyone buys into, that everyone wants to see. They’re the ones.”