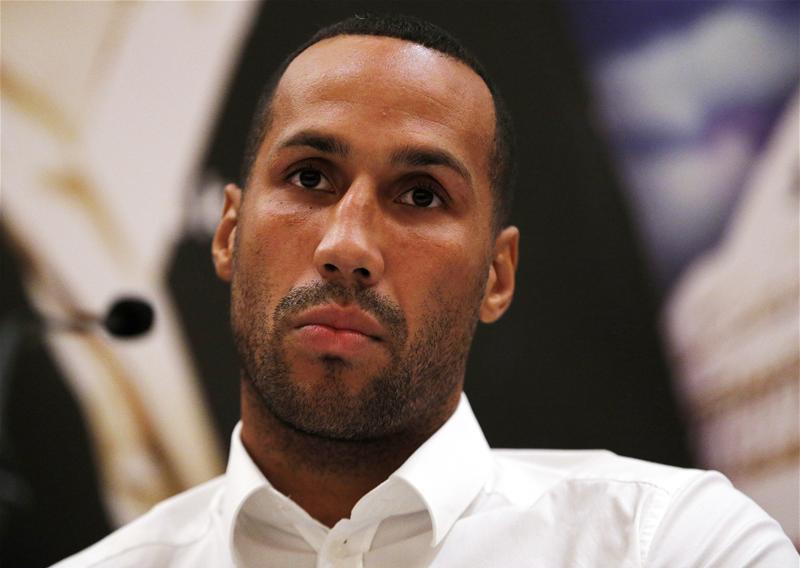 IBF super-middleweight champion James DeGale feels Anthony Joshua has taken himself to a new level of stardom after his dramatic win over Wladimir Klitschko at the weekend.

Joshua rose from a sixth-round knockdown to stop Klitschko in the 11th stanza, unifying the IBF and WBA heavyweight titles at Wembley Stadium.

DeGale – who warred with WBC super-middleweight champion Badou Jack in January but had to settle for a draw – wants to see Joshua and Klitchko go at it again.

“Unbelievable fight, a great fight for a heavyweight clash. It’ll go down as a classic,” he told Boxing News.

“Joshua showed – if there were any doubters – he showed what he’s about. He showed heart, he showed a good chin, he showed boxing ability, it was a real classic. And Klitschko, you’ve got to give credit to him. I think that’s the best Klitschko I’ve ever seen. His feet for a big man are fantastic. Hopefully we’ll see a rematch, going by the first one.”

Like DeGale did in 2008, Joshua won Olympic gold in 2012 to become a national hero. He followed in DeGale’s footsteps again last year, becoming the second British boxer in history to win both Olympic gold and a professional world title.

As a heavyweight, his profile has been enormous for years but after triumphing over future Hall of Famer Klitschko in one of the greatest heavyweight title fights in modern history, ‘AJ’ has gone stratospheric.

DeGale is happy for his fellow Londoner and while he sees the parallels in their respective careers, is aware that there are also differences, for example in their first world title fights; Joshua blitzed underdog Charles Martin while DeGale dropped and outpointed Andre Dirrell in America in a 50-50 clash.

“Joshua was massive before the Klitschko fight but that’s taken him to another level. With him being the person he is, plus being a good fighter, it’s taken him to the next level.

“Me and Joshua, we’ve had similar paths but mine’s been slightly harder, going to the Olympic Games and winning my gold medal as an 80-1 underdog, going and winning my world title against a genuine world class fighter in Andre Dirrell. I’ve had it the hard way but I’m easy with that. I’m happy to keep on pressing with my career and proving people wrong.”