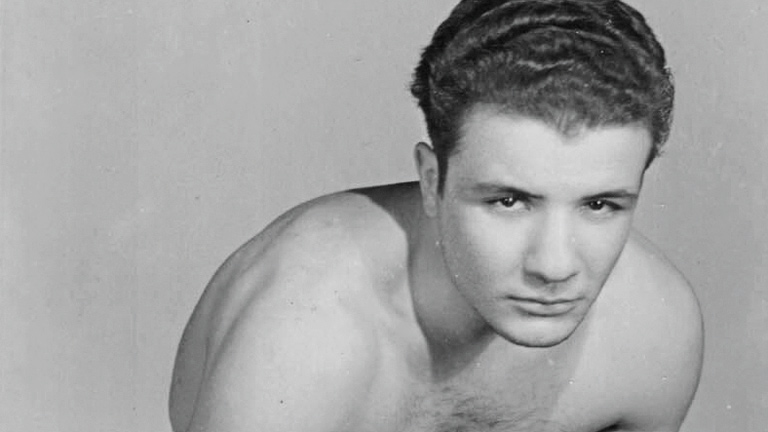 His fiancee said that LaMotta died of Dysphagia pneumonia at Palm Garden Nursing Home, in Miami, Florida, where he was given hospice care in recent weeks by Seasons Hospice. He was 95 years old.

LaMotta was one of the best middleweights of all-time and one of the best fighters of all time. Immortalised in the film Raging Bull he ended Sugar Ray Robinson’s unbeaten run and proved his quality against Marcel Cerdan and Laurent Dauthuille.

Matt Christie recalls the life and fights of Jake LaMotta below:

THE enduring image of Jake LaMotta depicts a brutalised man with swollen eyes and bloodied lips. His back is unable to move from the ropes on which he leans, his outspread arms provide the balance for his bullied body to stand. The victim of the 1951 ‘St Valentine’s Day Massacre’ had just lost to Sugar Ray Robinson for the fifth time.
When boxing fans think of a tough guy, it is hard to find a more suitable embodiment than LaMotta. And Jake was virtually born into the role – that would later be immortalised by the celluloid biography, Raging Bull – when he took to the edgy Bronx streets as a youngster and fought other children for the amusement of watching adults who would toss coins at the brawlers.

A professional at 19, he fought with an intensity seldom seen, angrily hammering his opponents with all he could muster while sky high on the fury of fighting. His body, though, betrayed his desire to become world heavyweight champion. At just 5ft 8ins his squat but solid frame was not suited to anything beyond the middleweight limit and his fragile hands demanded connection with the body rather than head of his rivals (only 42 per cent of his victories came inside schedule).

Although the tough guy image of LaMotta is true, it also masks his greatness. He was so much more than a come-forward slugger with a taste for destruction. Record books tell us he lost to Robinson in five of six meetings, but the hollow numbers don’t really tell the whole story.

Indeed, he was soundly outboxed when they collided for the first time in October 1942 but in the rematch five months later, LaMotta was outstanding. Robinson entered the ring with a gleaming 40-0 record (on top of a run of 129 unbeaten amateur bouts). The favourite boxed well for the first half of the bout but by round eight LaMotta, bobbing and weaving while cutting off the ring, was on top. He knocked Robinson down and through the ropes – only the bell saving him. And at the close of the 10th, Ray was clinging on when the timekeeper rescued him again. LaMotta deserved his victory and Robinson did not lose again for eight years – including two immense struggles with LaMotta in bouts four and five.

Jake – who won three of four against Fritzie Zivic – failed to secure a middleweight title shot until 1949, when arguably past his best. Marcel Cerdan famously injured his shoulder early on before succumbing after nine rounds.
LaMotta didn’t get the chance to authenticate his victory due to Cerdan’s tragic death in an aeroplane crash, but he defended against Tiberio Mitri and a spectacular win over Laurent Dauthuille before that final meeting with Robinson when LaMotta refused to fall.

After the 13th round victory Ray said, “I kept swinging and Jake kept standing.”