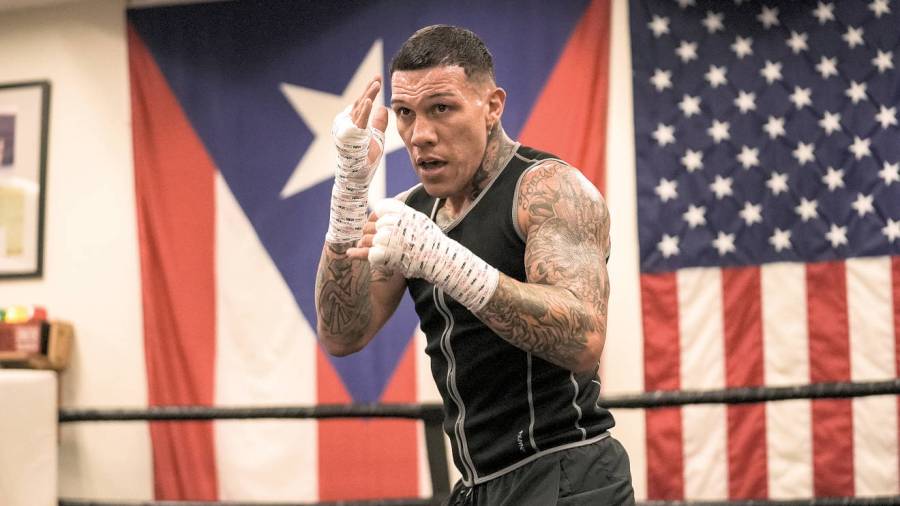 Matt Christie on Jaime Munguia vs Gabriel Rosado and more of the forthcoming action, discovering good, bad and indifferent matchups

ANAHEIM, CALIFORNIA
Munguia-Rosado ★★★★★
GABRIEL ROSADO is what is known in the modern day as ‘old school’. He doesn’t care about where he fights, who he fights, or the conditions in which those fights take place. He brushes off a loss like a bit of dirt on his coat and marches on with a smile on his face looking for the next nose to break. This weekend (November 13), at the Honda Center in Anaheim, the 35-year-old encounters No.4-ranked middleweight, Jaime Munguía, in a 12-rounder that is promoted by Golden Boy and will be televised by DAZN.

It’s certainly a solid matchup on paper. Rosado is No.10 at 168lbs thanks largely to his stunning three round KO of the highly-regarded Bektemir Melikuziev in June but also due to his efforts against Daniel Jacobs (No.5 at super-middle) when he was unlucky to lose over 12 rounds in November last year. It has been a completely unexpected upswing in fortune, and form, for a road warrior who failed to win seven of nine bouts between 2013 and 2017, albeit against quality opposition.

If Rosado is a throwback, Munguía is very much a product of his era. Ten years younger than his opponent at 25, the Mexican has been matched carefully – and well, it must be said – while compiling a pristine 37-0 (30) record that makes his opponents stats, 26-13-1 (15), look rather shabby in comparison.

But there can be no doubt that Rosado has operated in better company, is substantially better educated and, even at this stage of his career, every bit as hungry as his younger rival. For every Liam Smith and Kamil Szeremeta that Munguía has beaten, Rosado can raise that by sharing a ring with truly elite talent like Gennady Golovkin and Jermell Charlo. However, despite playing so frequently at the top table, Rosado loses far more than he wins while there.

Also, dropping eight pounds and returning to the middleweight class where the Los Angeles-based Philadelphian’s record reads 3-8-1 is not going to be easy for his ageing body. He’ll give it all he’s got, no question. But Munguía, improving with every outing and at last putting some craft behind his always impressive industry, looks a very good bet to win this one on points.

COVENTRY, ENGLAND
Pitters-Cartwright ★★★★★
Wilson Bent-Denny ★★★★★
MICK HENNESSY, with the help of his current matchmaker Jon Pegg, has been putting together some well-matched and highly watchable bouts for Channel 5 audiences. The latest offering, which will be broadcast live in the UK on Saturday evening (November 13), should follow a similar formula.

Again hosted at the Coventry Skydome, former British light-heavyweight champion Shakan Pitters, 16-1 (5), continues to rebuild following his mild upset loss to the improving Craig Richards in December last year. At 32, Pitters – from nearby Birmingham – can’t afford to lose to the hard-hitting Reece Cartwright, 23-1 (14), from Leeds. Cartwright won the English middleweight title in 2018, beating Tyler Denny in eight rounds, before an injury then depression and anxiety forced him out of the sport. Now in a good place after opening a boxing gym in his hometown, he’s eager to make up for lost time. Still only 27, he stopped Antony Woolery in June to shake off some rust. But Pitters, three inches taller at 6ft 6ins, has to be the favourite due to his size, experience at light-heavyweight and his superior activity in recent years.

On the undercard, the aforementioned Denny challenges for the vacant English 160lbs strap for the third time, this time against the rising River Wilson Bent. The southpaw, after being stopped in eight by Cartwright three years ago, was edged on points by Linus Udofia in 2019. But in June, the 30-year-old from Rowley Regis – around 35 miles west of Coventry – scored the best win of his career to date when he outpointed Derrick Osaze over 10 rounds. Wilson Bent, the 27-year-old Midlands Area champion, fights in front of his hometown fans but is yet to meet a southpaw, or anyone as good or crafty as Denny.

LONDON, ENGLAND
Adeleye-Musil ★★★★★
IF we’re to criticise recent Matchroom bills, it’s only fair to say this Queensberry card, headlined by a 7-0 (6) heavyweight prospect facing an unknown fella from the Czech Republic, whose record is 6-3 (5), simply isn’t up to scratch for a Friday night (November 12) TV show. But as a small hall show – this one is held at York Hall atop a card designed purely to showcase prospects – it’s no better or worse than you’ll see in most rings all over the country. And for 24-year-old David Adeleye, who tops this bill, he showed in April while being gifted the decision over Kamil Sokolowski he’s still got plenty to learn. Dominik Musil has won his last three in poor company but Adeleye, better than he looked against Sokolowski, should win this one inside schedule.

There’s some exciting prospects on the rest of the bill (Levi Frankham, Brad Strand, Henry Turner and George Fox, among several others) but, like too many small hall shows, you’ll be able to pick the result of every contest long before the event starts.

LEEDS, ENGLAND
Bateson-Mahmood ★★★★★
JACK BATESON, still full of promise at the age of 27, takes a step up of sorts at his nearby Leeds United Banqueting Suite when he takes on Ilford’s Ramez Mahmood, 11-1 (2), for the vacant English super-bantamweight title. The Leeds man, 14-0 (3), has not made the progress he might have expected after turning professional in 2017 following an excellent amateur career. Mahmood was beaten over 10 rounds by Chris Bourke in July last year in a bid for the Southern Area title. Mahmood will probably suffer a similar fate here.

HOUGHTON-LE-SPRING, ENGLAND
Ward-Padilla ★★★★★
THOMAS PATRICK WARD, at 30-0-1, hoped to be further along than he is after turning professional in 2012. There’s still time for him to fulfil his obvious potential at 27 but, against Venezuela’s Leonardo Padilla – independently ranked fifth in his country at featherweight, he’s not going to move ahead a great deal. Padilla’s record, 20-3 (14), is the kind that looks nice on a poster but is exposed inside prize rings with good fighters. Ward, regardless of a recent dip in form, is that and, though his fifth inside schedule victory is a decent bet, he might have to settle for another lopsided win on the cards.

ABERDEEN, SCOTLAND
Sutherland-Esposito ★★★★★
MORE of the same here at Aberdeen on this November 12 FightZone show. Home fighter with promise versus unknown import with decent statistics but questionable ability. Expect the excellent 23-year-old southpaw Dean Sutherland, 11-0 (3), to get a few more rounds under his belt against Michele Esposito, 18-4-1 (6), but not much in the way of a scrap. Donovan can stop the 35-year-old Italian somewhere around the half