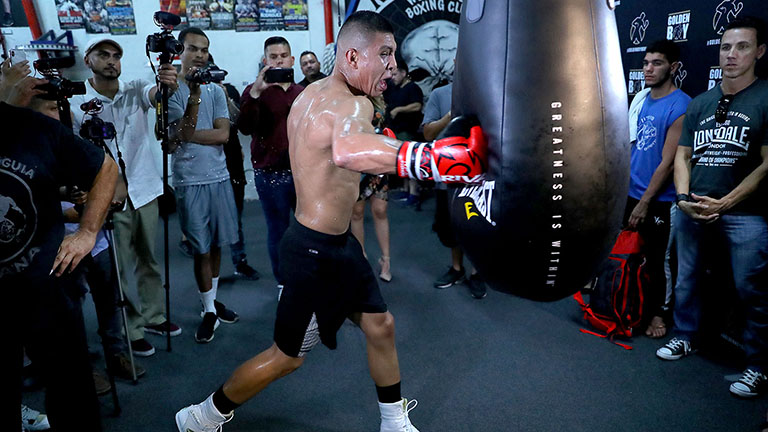 'I want to tell Liam Smith that I'm a natural 160-pounder who drops down.' WBO champion Jaime Munguia issues a warning

JAIME MUNGUIA had been willing to step in as short notice replacement for Canelo Alvarez to fight Gennady Golovkin in May. That didn’t come off but instead he replaced Liam Smith and beat Sadam Ali to win the WBO super-welterweight world title. He will make his first defence of the title against Smith on July 21 in Las Vegas.

“We had a sensational training camp. We have a great team, so I feel very good. The potential fight against Gennady Golovkin really got my name out there. It allowed me to get the opportunity to fight for a world title. I’m grateful for that. I’m also grateful that the NSAC [Nevada State Athletic Commission] didn’t allow me to fight against Golovkin because it lead to this world title,” Munguia said.

“I’m always 100% ready. I got the call to fight Sadam Ali with only two weeks’ notice. The only struggle was to lose the weight, but other than that I was ready. I knew my advantage was my reach and my power. I knew that he was a smaller fighter. Those were the keys to my victory.”

His focus has now switched to Liverpool’s former world champion, Liam Smith. “I feel very motivated now that I am a world champion. Everyone is going to talk about to me after this fight. This will open up more opportunities, and people will mention my name with the likes of Canelo Alvarez and Gennady Golovkin,” he said.

“I think that the only advantage that Liam Smith has is that he’s fought in big events before. But I have many fights under my belt. I have a lot of experience. I had over 100 fights as an amateur. All this experience gives me a lot of confidence when I step into the ring. Also, Smith might say that he’s a natural 154-pounder, but I want to tell him that I’m a natural 160-pounder who drops down. I’m very happy with the training camp we had and very confident about this fight.”