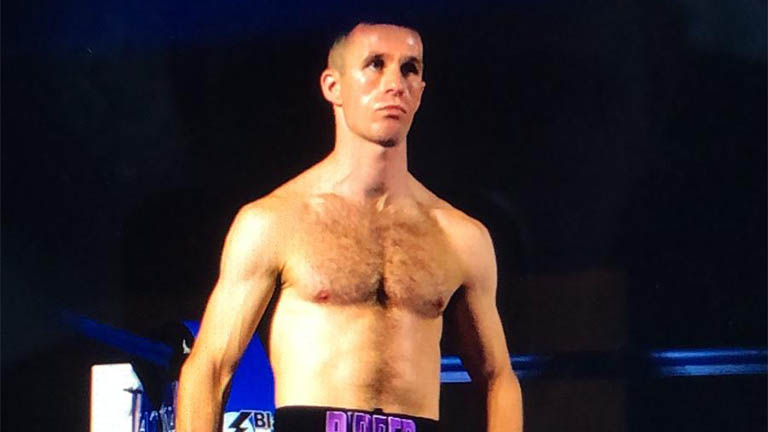 Paul Wheeler talks to a man who struggles with early starts, Jack McKinlay

When and why you started boxing:
I first started when I was 13. I went to the boxing gym with a mate of mine and just carried it on from there.

Favourite all-time fighter:
Julio Cesar Chavez because of his style and the fact that he went undefeated for so long.

Toughest opponent:
In the amateurs, I boxed one of my current gym-mates, Jonathan Walsh, and he won. I was weight-drained, which made it tough for me. I just had a bad night, to be honest.

Best and worst attributes as a boxer:
My stamina, fitness and mental strength are my best attributes. I don’t really see many weaknesses in myself, although I do struggle getting up early in the morning!

Training tip:
Be consistent and never give up, no matter how hard it gets.

Favourite meal/restaurant:
I don’t really go out much to eat, so I haven’t got a particular restaurant that I like to go to. Meal-wise, my favourite would be a roast dinner with lamb.

Best friends in boxing:
Everyone at the Everton Red Triangle gym. We’re all good mates.

Other sportsman you would like to be:
A football player for Everton.

Last film/TV show you saw:
Jaws on Netflix. It was my favourite film growing up.

Who would play you in a film of your life:
My favourite actor is Robert De Niro, so I’d have to say him.

Have you ever been starstruck:
No, I never have.

Last time you cried:
At my stepdad’s funeral.

Best advice received:
‘Keep your hands up.’ That’s from [coach] Paul Stevenson and everyone else who’s ever trained me.

Worst rumour about yourself:
I went on holiday and my mate spread a rumour that I got run over by an ice cream van. When I got back home, everyone was asking if I was alright!

Something not many people know about you:
Probably that I box, because I don’t really tell people that I’m a boxer, unless they ask.