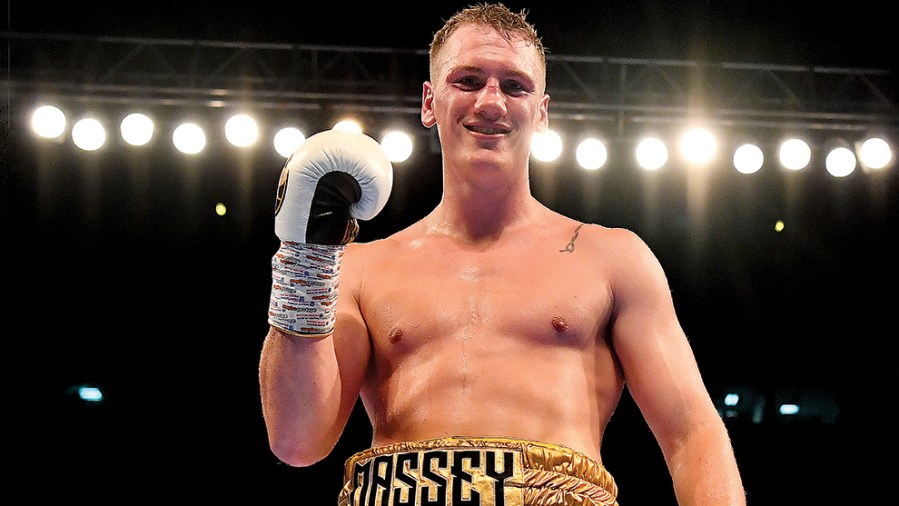 How did Jack Massey, a cruiserweight struggling for an opponent, end up facing Joseph Parker, a world-famous heavyweight contender? asks Garry White

WHILE most of the country was likely sat in their warm offices or at home cursing the stupefying cost of central heating, Peak District-born and bred cruiserweight Jack Massey was battling scaffolding on a freezing building site. Helping his brother out on a job by doing some labouring, he braved the biting minus five, pre-Christmas temperatures, and pinched those same hands that by night are typically encased in bandages and leather.

Massey will be 30 in April, and just a few months after that milestone his partner will be giving birth to their first child. Money is tight and needs must; despite him being one of the country’s leading cruiserweights, he has to look elsewhere for a payday. Such is the life of a fighter struggling for a fight. This oxymoron is something that Massey, 20-1 (11), has had to wrestle with all too regularly of late, as he continues to be roundly ignored by the division’s biggest domestic names. On the rare occasions when the door has been held grudgingly ajar for him, officialdom has squarely slammed it in his face.

Back in 2019, he fought Richard Riakporhe for the vacant British title at York Hall. It was a fight that many, albeit not the all-important the judges at ringside, thought Massey had won. Despite being dropped once, he outworked Riakporhe for long periods and forced him to hug and hold in the later stages of their contest. His opponent exited with a Lonsdale Belt and is currently on the hunt for world title opportunity. Conversely, Massey was left with nothing but disappointment and a year-long wait for the phone to ring again.

Since then, he has won a belt, but hardly anyone seemed to notice. The IBO bauble is not the shiniest on boxing’s garish Christmas tree, but nevertheless, in an impressive performance, he overcame opponent Bilal Laggoune in three one-sided rounds. This should have provided Massey with a much-needed platform, but a cathartic rematch with Riakporhe or the increasingly high-profile Chris Billam-Smith continues to be elusive. A lowkey knockout of journeyman Vaclav Pejsar in Bolton marked his only ring appearance of 2022. Even more frustratingly, his IBO title has since been spirited away through no fault of his own. So much for it being a launchpad to bigger and better things.

“I just couldn’t get a defence for it, so they stripped me of it back in November. I guess the sanctioning bodies have got to do what they’ve got to do if the promoters can’t make a fight,” Massey tells Boxing News. “But, yeah, it was a pretty crap year boxing-wise.”

That is until those cold fingers wrapped themselves around a vibrating mobile phone as he battled the elements on that aforementioned building site. “It was my manager [Kevin Maree] calling me,” recalls Massey. “Kevin told me we’ve got an offer to fight Joseph Parker. I never expected that in a million years! But finding fights has been tough and I’ve not been out since April. We’re just not getting any offers at cruiserweight, so I’ve got to move up. I never turn a fight down. But, you know, this fight has completely changed everything. It’s turned a rubbish year into a good one. Let’s have it!” 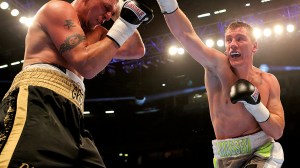 Massey will meet Parker, a bout as leftfield as any recent memory, on the Chris Eubank Jnr-Liam Smith undercard at Manchester Arena on Saturday night. While no one would compare ex-WBO belt-holder Parker to Apollo Creed, this does feel like a real Rocky Balboa moment for the smiling and level-headed Massey. Who knows how Parker and his team came up with Massey’s name as an opponent, one that surprised media and fans alike when it was announced, but you have to wonder if they reeled off some opponents like Creed did in the seminal Sylvester Stallone masterpiece first. Who knows, perhaps somewhere from a leatherbound office chair, Parker exclaimed excitedly, “This is what I’m looking for… get me, Jack Massey!”

The reality owes less to Hollywood and more to cold pragmatism. Parker went through a war last time out against the towering Joe Joyce before the heavy-handed “Juggernaut” ended his night emphatically in the 11th round. And with no recent wins against truly top-tier heavyweights since surrendering his title to Anthony Joshua, it is easy to see why a fighter of Massey’s less intimidating proportions appeals to him. Meanwhile, the man nicknamed “One-Smack” has his own equally pragmatic interpretation: “I think they wanted someone who could sell tickets in Manchester. I’m obviously local and I usually do quite well with ticket sales,” he says. “But, yeah, they clearly want to get Parker a win off the back of the Joyce fight. He doesn’t really have anywhere to go if he loses the next one.”

Height-wise, both men see eye-to-eye, but on the scales, there is an unbridgeable chasm. For the Joyce fight, the New Zealander weighed in at 50lbs over Massey’s familiar cruiserweight limit. But Massey is forgoing the temptation to add on additional poundage for what will be the biggest fight and purse of his career. “I’m just not going to make the usual weight cut. I usually have to cut just over a stone to get down to cruiser,” he explains. “I want to avoid coming in too heavy in case it makes me sluggish, and I gas out. I’ll be best at just over 15 stone (200lbs). Obviously, he is the bigger man and so I won’t be looking to have a fight with him. I’ll need to be in and out; just letting my shots go and getting out of the way of his.”

To prepare for the extended dimensions of his opponent, 29-year-old Massey and team have called on the ever-popular Dave Allen to help put him through his paces.

“We’ve been mixing up the sparring,” Jack discloses. “We’ve been getting heavyweights in for the first five rounds and cruisers in for the last five. It’s really been the best of both worlds because Parker has quite fast hands for a heavyweight, so we’ve been able to get the heavy’s leaning on me and roughing me up, then the cruisers putting some speed on me and dragging me to deep waters at a faster tempo.”

However, they’ll still be many observers that will look at the difference in size and profile between both men and reach the conclusion that Massey has no chance. He is accepting of that view, but also comfortable with the fact that such viewpoints place the pressure firmly on the burly shoulders of his opponent. “He’ll have all the pressure on him,” he explains before disclosing, “We’ve sparred in the past, I know that’s very different to a fight, but I held my own with him. I know it’s a tough ask, but whatever happens, I’m on that huge platform. I just need to put in a good fight, get my name out there, and then move back to cruiserweight and make some of those big fights. But honestly, I wouldn’t have taken the fight if I didn’t think I could win.”

And what if he does shock the boxing public and the bookmakers? “Well, there are some massive names out there. I’ll have beaten a top 10 heavyweight. You never know I could be asked to go in against Anthony Joshua in a comeback fight or something. Madder things have happened!”