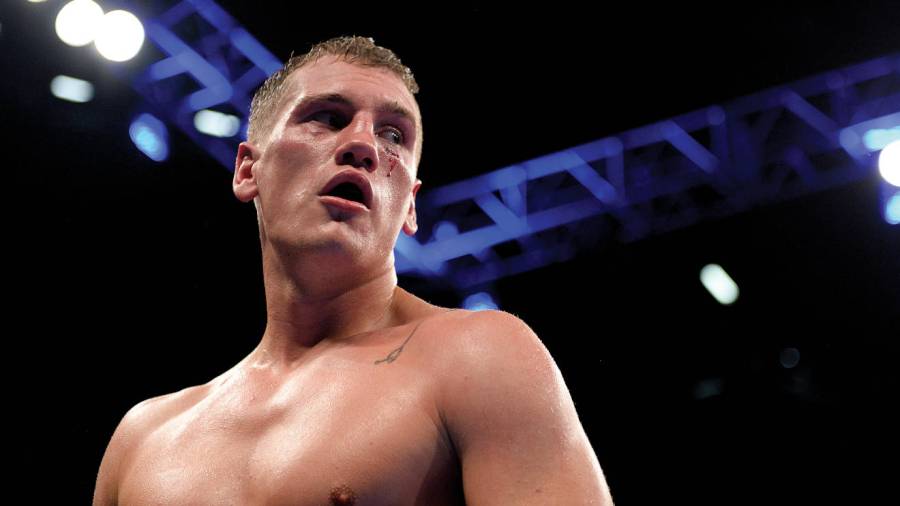 Jack Massey steps up to headline status after Mahmood vs Ramabeletsa is postponed, writes Matt Bozeat

The 28-year-old from Chapel-en-le-Frith, Derbyshire, meets former French champion Engin Karakaplan over 10 rounds in the car park at Sheffield Arena. The match was only confirmed on Monday night (June 28).

Born in Turkey, Karakaplan is a 34-year-old who comes with a 14-7-3 record. Four of his losses came in his first six fights and he heads to Sheffield in decent form. Karakaplan had a break of nearly four years after losing his French title to familiar foe David Radeff (5-10-2) in December 2015 and has returned to draw with domestic opponents in Aboulaye Diane (12-1) and Taylor Mabika (19-5-1). 2004 Olympian Mabika was in his forties when he fought Karakaplan over eight rounds in February last year, but had enough left to go the full 10 with Mateusz Masternak (41-5) in his next fight.

Massey, outpointed by Richard Riakporhe (10-0) for the vacant British title in December 2019, was last seen in November, outpointing Mohammad Ali Bayat Farid (16-1-1), who had won his previous eight fights inside two rounds. Massey got behind his jab to outbox Farid over eight, winning 79-74. That proved to be Massey’s last fight with Queensberry Promotions. His contract expired and manager Kevin Maree steered him to Hobson’s Fight Academy. Maree hopes the switch will help Massey get his career moving. He turned pro in 2013 and has fought only 18 times.

Massey (17-1) made the switch to the pros after a good amateur career with Buxton ABC. He had a 44-9 record, winning a clutch of Junior titles and Commonwealth Youth Games bronze. He turned over after winning the ABA cruiserweight title with victory over Chris Billam-Smith, who meets Tommy McCarthy for the British, Commonwealth and European belts on July 31.

Maree says Billam-Smith “has never shown any interest in boxing Jack [in the pros] because Jack is too dangerous. We need to get a belt to get fights. The winner [of Billam-Smith vs McCarthy] will get a mandatory and we don’t want to be hanging around. We will be taking our own route.”
Massey, a solid boxer with a stiff punch who calls himself “One Smack”, describes his career as “up and down”. The target from his amateur days was the British title and when Massey got his shot at the Lonsdale Belt, he endured a frustrating night against Riakporhe. Down in the 10th, he was outpointed unanimously by scores of 115-113 (twice) and 117-111.

Maree was fuming. He felt referee Phil Edwards should have taken a point off Riakporhe for holding after giving him several warnings, while he reckoned judge Bob Williams scored so widely for the champion because his view was obscured by photographers. Maree demanded that the Board reinstate Massey as mandatory challenger, but instead he slipped down the pecking order.

Massey has mostly been fighting under the radar in his professional career. He has filled the Devonshire Dome in Buxton a few times, but when Massey has boxed on the bigger televised shows, he usually hasn’t been screened.

Karakaplan has also been around a while. He has been a pro since 2008, losing his debut inside a round to Zakaria Azzouzi, who was 2-0 at the time and ended up 14-4-2. Karakaplan has subsequently been beaten inside a round by future WBA and IBF titlist Murat Gassiev (18-0) and Yves Ngabu (14-0), who went on to win European honours.

Karakaplan has six early wins himself. He looks game, but limited, and Massey can stop him around the middle rounds.

Over eight rounds on the undercard, Iain Martell, the Southern Area cruiserweight champion from Norfolk who made short work of veteran Elvis Dube (10-84-2) with body shots on the first Fightzone broadcast in May, looks sure to improve to 11-0 at the expense of Belgium’s Erik Nazaryan (28-23-4).

The Verdict Karakaplan far from an ideal opponent but, at short notice, the show must go on.