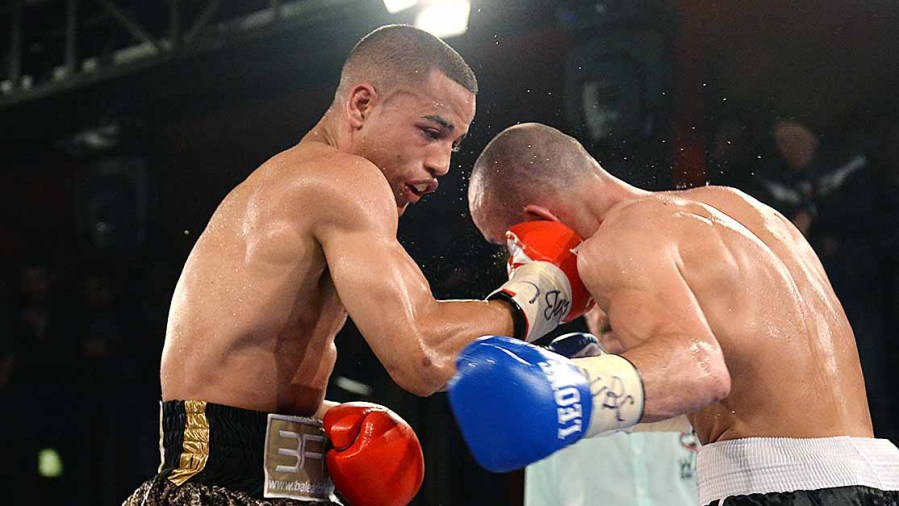 Since bursting onto the Italian scene with a string of knockouts in 2010, Luca Giacon has seemed one of the few fighters in the country capable of possibly succeeding at genuine world level. Unfortunately he has had woeful luck with injuries and now, it appears, with bureaucracy.

The 28-1 (24) light welterweight has fought only twice in the last couple of years due to retina operations and foot injuries. Mooted fights last year on the Errol Spence-Chris Algieri undercard and against Martin Gethin both fell through. He was due to return to action last week in Spain against 19-0 Robert Tlatlik but the fight was called off at the last minute by the medical commission of the Federación Española de Boxeo (FEB) due to concerns over Giacon’s past retina problems – despite the fighter already having been cleared by both the Italian boxing federation (therefore also complying with European Boxing Union norms) and Spanish and Italian retina specialists.

During a radio interview with the Spanish paper Marca the doctor representing the FEB seemed to indicate the FEB had based its decision on the New York State Athletic Commission’s refusal to clear Giacon to fight in Brooklyn last April. NYSAC is of course known to be extremely strict when it comes to the medical aspect of license applications, partly because of the huge amount of criticism it received in the wake of its back-and-forthing on whether to allow Antonio Margarito’s rematch with Miguel Cotto in 2011. Current WBA featherweight champion Abner Mares is one boxer who has since been refused permission to fight in New York because of historic retina problems. Mares, in a case analogous to that of Giacon, was able to get licensed in California and there win his fourth world title.

It is not immediately apparent why the FEB, who apparently have not had Giacon examined by any retina specialists of their own, would choose to mimic the stance of New York rather than that of the Italian boxing federation and several independent specialists. More bizarre was a reference in the aforementioned interview to AIBA rules – rules which pertain solely to the amateur sport and have no bearing whatsoever on professional fighters such as Giacon.

Giacon is understandably frustrated. Speaking to Boxing News, he said, “I’m disappointed and angry. They didn’t base their decision on any existing rule or regulation of their own. It’s like I’ve no right to do my job despite doing everything that’s been asked of me and taking every measure necessary. At the moment I’m very confused and not sure what options are open to me.”

Giacon was chosen as a Boxing News Hot Prospect back in late 2010 and might be best known in Britain for busting up Stevie Williams back in 2014. Despite having a Rwandan mother and Italian father, Giacon grew up in Spain and served his boxing apprenticeship in Panama under renowned trainers such as the late Pedro ‘Pellìn’ Avila (who had trained fighters such as Wilfredo Gomez and Eusebio Pedroza) and Celso Chavez (who has trained Anselmo Moreno and Nicholas Walters), with quality sparring against the likes of Moreno and Ricardo Cordoba. His sole setback came in a European lightweight title challenge when, weight-drained and maybe not quite ready, he was stopped by the dangerous and still-unbeaten Emiliano Marsili.

Having been cleared to fight by different specialists in the retina field, the hope now is that this stylish and uncannily accurate puncher will in the near future be allowed to ply his trade and fulfil his clear potential.

Two of the most impressive-looking records in Italian boxing were bolstered last week. The eighth-ranked middleweight in Europe, Alessandro Goddi, moved to 30-1-1 (14) as he awaits a possible shot at Emanuele Blandamura for the European title. A right hand followed by a barrage to the body took care of Hungarian southpaw Roland Oroszlan in the third round.

If the numbers on Goddi’s record are somewhat better than the actual level of opposition he has faced, the same cannot be said of Orlando Fiordigiglio. His 27-1 (12) record includes an Italian title and four stoppage wins for the EU title. The Tuscany-based light middleweight’s one defeat came when he was stopped on his feet in the eleventh round of an exhausting and close European title fight against Cedric Vitu. Last Saturday he came through a bruising bout against rugged Howard Cospolite, winning by technical decision after being cut from a clash of heads. The IBF currently have Fiordigiglio at eight in their rankings and he is the official challenger for the European title, still held by Vitu. With Vitu and Marcello Matano being nominated for an IBF eliminator, it remains to be seen exactly what the next step will be for Fiordigiglio but he is surely on the cusp of a bigger fight.