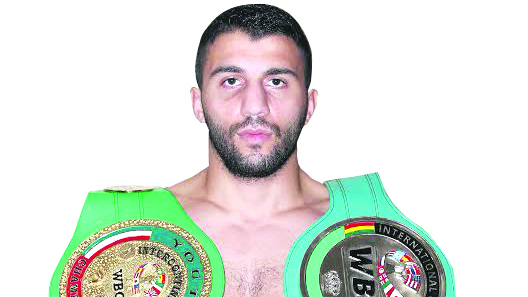 IN recent years the Cherchi family – patriarch Salvatore and sons Christian and Alessandro – have had the pleasing habit of every so often showcasing foreign fighters on their promotions. The list of imports who have made an appearance on their bills – not as opponents but as attractions – is quite eclectic: from Paulie Malignaggi’s return-to-his-roots fight in 2015 or Australian-Tunisian ex-world title challenger Naoufel Ben Rabah to the likes  of a young Martin Lindsay and Tony Dodson. One particular cameo that stands out in this journalist’s experience was Adrian Hernandez, two years before he won the WBC light-flyweight title, in a blistering undercard bout against countryman Abel Ochoa. They didn’t manage to eclipse the Giacobbe Fragomeni-Krzysztof Wlodarczyk headliner – itself a cracking fight – but in just six rounds they put on a display of venom and intensity that had the spectators transfixed. His Italian debut, against Ivan Meneses, was apparently even better.

On Saturday night the intimidating Anvi Yildirim will be the latest addition to that list. The 14-0 (9) Turkish super middleweight has been making a name for himself recently through a series of crunching wins against decent opposition and graphic tales of his sparring with James DeGale. Yildirim will feature in the headline bout in Principe Boxing Events’ Milan bill against Aliaksandr Sushchyts, a 23-3-1 (11) Belorussian.

His three-round stoppage of rangy Schiller Hyppolite in his last fight was a good demonstration of what Yildirim is about: no-frills pressure and pain. He doesn’t look easy to discourage and with his single-minded stalking it is easy to see how he came about his ‘Mr Robot’ moniker. That nickname could unwittingly have possible negative connotations and it remains to be seen if Yildirim could perhaps be exposed as monotonous or one-dimensional at world level.

Alessandro Cherchi, who runs Principe Boxing Events, feels that the WBC no.3, WBA no.7 and IBF no.8 will develop.

“He’s already powerful, aggressive and puts on a good show,” Cherchi told Boxing News. “He’s still a bit unpolished but I like him and I think he’ll only get better.”

Tomorrow’s Milan fight was put together after Ahmet Öner, Yildirim’s promoter, reached out to the Cherchis. Öner was eager to keep Yildirim busy but had no show of his own in the pipeline.

“Ahmet asked us if we had any shows planned for February and, if so, if we could put Yildirim on the bill”, explained Cherchi. “We’ve enjoyed good relations with Ahmet since Domenico Spada fought Mahir Oral on his bill in Germany.”

The collaboration made immediate sense: Öner would keep his hungry up-and-coming talent busy while Cherchi would have a prestigious and explosive prospect adding lustre to his event.

With his lofty world rankings it is conceivable that at some point down the line Yildirim could be a future opponent for one of Britain’s leading super middleweights.

The undercard features another rising puncher – albeit one much lower down on the learning curve – in Maxim Prodan. The 24-year old Ukrainian welterweight has won all eight of his fights inside the distance so far. He will be facing 4-1 Petar Peric.