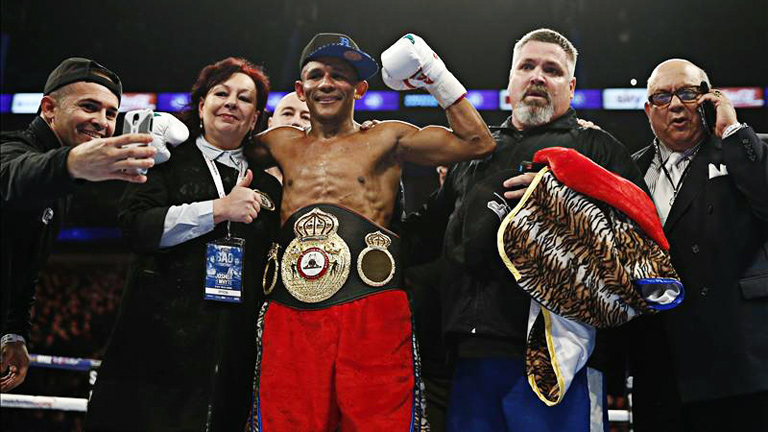 ISMAEL BARROSO is set to face WBA world lightweight champion Anthony Crolla after stopping Kevin Mitchell in five rounds but his team are concerned the Mancunian could become ‘gun shy.’

Barroso picked up the interim WBA title in beating Mitchell, meaning Crolla must face him in his first defence after winning the full title from Darleys Perez last month.

Barroso’s promoter, Greg Cohen, feels his man announced himself as a force in the division but is concerned he may have struck fear into Crolla.

“Kevin Mitchell was very close to winning a world title in his last fight and was universally recognized as a world-class lightweight and Ismael was a nearly 4 to 1 underdog,” he said.

“But from the opening bell, my guy dominated. Not only did Ismael show off his world-class power, he showed excellent boxing ability, speed and defense as well.”

“Ismael’s power is uncanny for a lightweight and he is one of those rare fighters, like a vintage Mike Tyson, or Edwin Valero, where his opponents are already beaten before they get in the ring due to fear.

“Now that he has a WBA interim world title, he will have the platform to showcase his crushing power and enormous talent on a large stage.

“We can only hope that Anthony Crolla, who was sitting ringside Saturday night, doesn’t get gun-shy and embraces the challenge. We look forward to returning to England and Ismael having another opportunity to display his talents.”