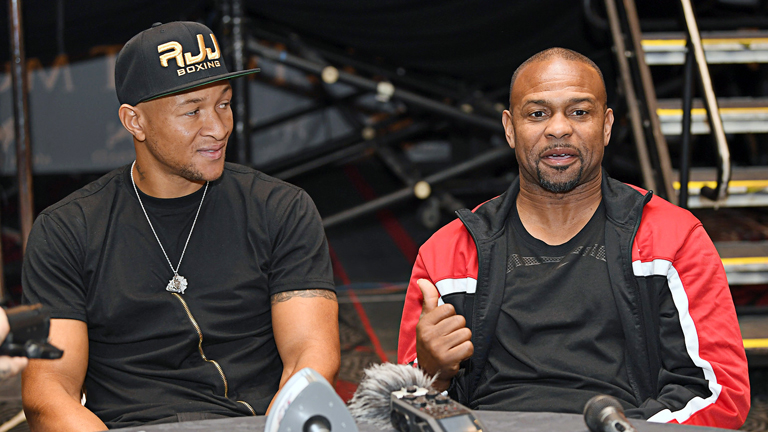 Isaac Chilemba is being trained by Roy Jones Jnr

LIGHT-HEAVYWEIGHT contender Isaac Chilemba insists he has improved as a fighter since teaming up with living legend Roy Jones Jnr.

The 29-year-old was outpointed by Sergey Kovalev in July and will fight the highly-touted Oleksandr Gvozdyk on the undercard of Kovalev’s monster clash with Andre Ward this weekend.

He has since started training with Jones Jnr – who still hasn’t retired from boxing himself – and believes he will thrive.

“I will do whatever it takes to win,” he said.

“Roy Jones Jnr and me make a great team. Roy is a champion and I want to become champion. I watched Roy fight when I was younger. When I started boxing I tried to fight like Roy. I have really enjoyed working with him and I am really looking forward to the fight.

“Camp was great. I had a really good time training with Roy. We worked on a lot of new things. I am stronger now.”

Unbeaten Gvozdyk has an imperious knockout ratio and has looked impressive during his relatively short professional career, but Chilemba remains unfazed.