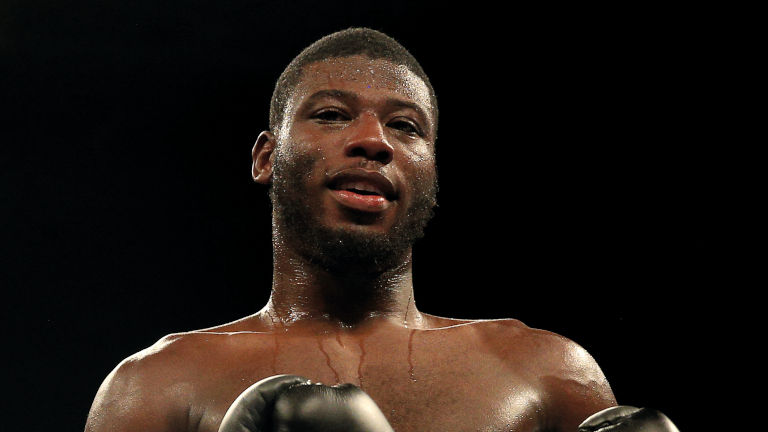 Isaac Chamberlain tells Paul Wheeler about the value of patience

When and why you started boxing:
I started when I was 11. My cousin got stabbed, so my mum took me to the boxing gym to get me away from the gang violence.

Favourite all-time fighter:
Sorry, but I have three! Floyd Mayweather for his boxing IQ, for what he’s had to overcome and his obsession with the sport. Joan Guzman because of his style, fast hands and reflexes – no one fights like him. Lastly, Sugar Ray Leonard, because he’s a flipping legend!

Toughest opponent:
That’d be Russ Henshaw in my fifth fight [in April 2016]. He was undefeated. He broke my rib in the first round and I stopped him in the sixth and last round.

Best and worst attributes as a boxer:
My strengths are my confidence and character. My weakness is that I can become too obsessive and overtrain. I need to have a rest day sometimes.

Training tip:
Learn to be patient, as Rome wasn’t built in a day.

Other sportsman you would like to be:
The late, great Kobe Bryant because of his character and mentality. He was a truly elite athlete and a legend.

Last film/TV show you saw:
The Invisible Man. It was a mad film, bro!

Who would play you in a film of your life:
It’s got to be Michael B. Jordan. He’s the only actor who could carry me off.

Last time you cried:
When I found out that the two shows I was going to be boxing on, after a long time out of the ring, had been cancelled because of coronavirus.

Best advice received:
Can you be committed to the process without being emotionally attached to the result? If it goes wrong, can you still have that same mentality?

Worst rumour about yourself:
I don’t listen to or acknowledge rumours. I just deal in hard facts, not idle gossip.

Something not many people know about you:
I’m sick on Call of Duty on PlayStation!