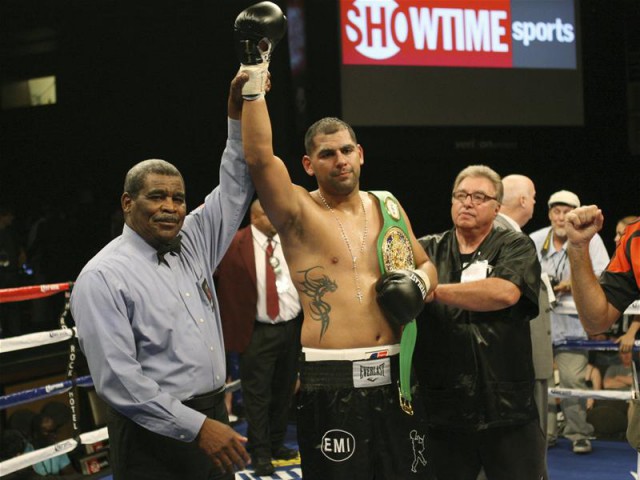 Daniel Herbert casts his expert eye through the track records of Joe Frazier, Muhammad Ali and Joe Louis to reach his verdict

THIS weekend America’s new best heavyweight, Deontay Wilder, makes the first defence of the WBC heavyweight belt he won by beating Bermane Stiverne in January. This showcase fight takes place at Birmingham in Wilder’s home state of Alabama (he’s from Tuscaloosa) and pits him against one Eric Molina.

Given that Wilder is a massive puncher and that both Molina’s pro defeats have come via first-round knockout (one on his pro debut), victory for Molina would be a huge upset. Yet does that mean the man from Raymondville, Texas is the worst heavyweight title challenger ever?
Not necessarily. There have been quite a few others with feeble credentials who have contested what was once the biggest prize in the sport (heck, it was one of the biggest prize in ALL sports).

In April 1969 Houston’s Dave Zyglewicz was served up to Joe Frazier for a defence of his New York version of the world heavyweight title, which had become split with Muhammad Ali unable to obtain a licence in the US. Zyglewicz had a decent record at 28-1 with 15 knockouts but a year earlier had lost to Sam Wyatt, who himself had lost to then-beginner Ken Norton. Smokin’ Joe needed just 96 seconds to wipe out poor Zyglewicz at Sam Houston Coliseum.

After unifying the title and beating a comebacking Ali, Frazier took a couple of easy defences in 1972, stopping Terry Daniels in four and Ron Stander in five. Neither was anywhere near good enough to contest the world title, but you can understand why Joe wanted a breather after besting Ali in the Fight of The Century and before accommodating the rising George Foreman.

And once Foreman had ripped the crown from Frazier, he made his first defence against an extremely unthreatening foe in Jose “Joe” Roman. The Puerto Rican was a solid-looking 44-7-1, but back in 1969 had been outpointed at Nottingham Ice Rink by lantern-jawed Jack Bodell, nobody’s idea of a world class heavyweight – Foreman duly walloped Roman in just two minutes.

Even the greats have defended the title against less-than-stellar opposition, although to be fair to Ali and Joe Louis it must be conceded that they put it on the line against quality foes as well as bums. I mean, can one really resent Ali for fighting the hapless Jean-Pierre Coopman (w rsf 5) in his first fight after the Thrilla in Manila?

And when Louis destroyed no-hoper Johnny Paychek in three minutes 41 seconds at Madison Square Garden in March 1940, it was less than two months after he had been taken the 15-round distance by Chile’s useful Arturo Godoy (whom he would stop in eight in a June 1940 rematch).

So Eric Molina is not the first poor challenger for the world heavyweight title – and I’m pretty sure he won’t be the last.