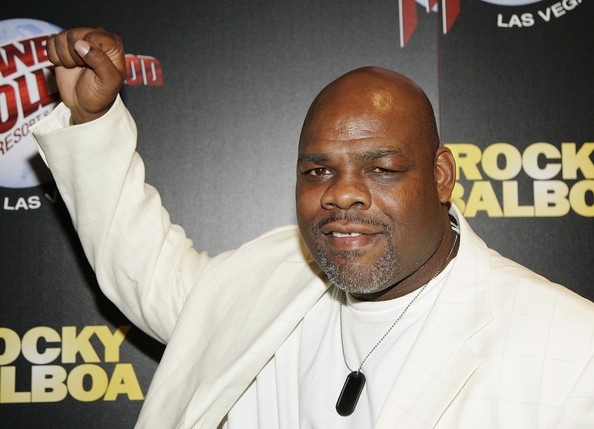 JUST one month after announcing plans to make a comeback, 54-year-old Iran Barkley is in hospital after suffering a minor stroke. The former three-weight world champion, who twice defeated Thomas Hearns, had a seizure in his Bronx home where he was found by his girlfriend.

Barkley – who in June declared he was training for an unlikely return – is said to have been “stressed out” by his brother and niece both suffering from lung cancer. He had been training for a comeback he hoped might help pay their bills.

“She’s fighting the good fight, but her family needs my help,” Barkley told the New York Times about his niece in September.

“I’m just trying to pull off one more payday, for her and myself,” he said. “People tell me, ‘Iran, you don’t have to fight no more.’ I tell them, ‘Yeah? Then pay my bills.’ If I had money, I’d just walk away.”

But the energy he hoped to devote to that ring return, a pipe dream at best, will now be directed towards recovery.

“He’s good, he’s talking, he still looks like Iran,” Barbara Wilder, another niece, told the New York Times. “He can walk around and everything. He’s going to be here for a couple of days but he’s doing well. He’s alert.

“He was stressed out. He never had any health problems before. It was the stress factor. But he’s in pretty good health now. The doctor just said he was under a lot of stress.”

He last fought in 1999, losing his final six but he had been in sharp decline since being stopped by James Toney in 1993. He fell on hard times in retirement.