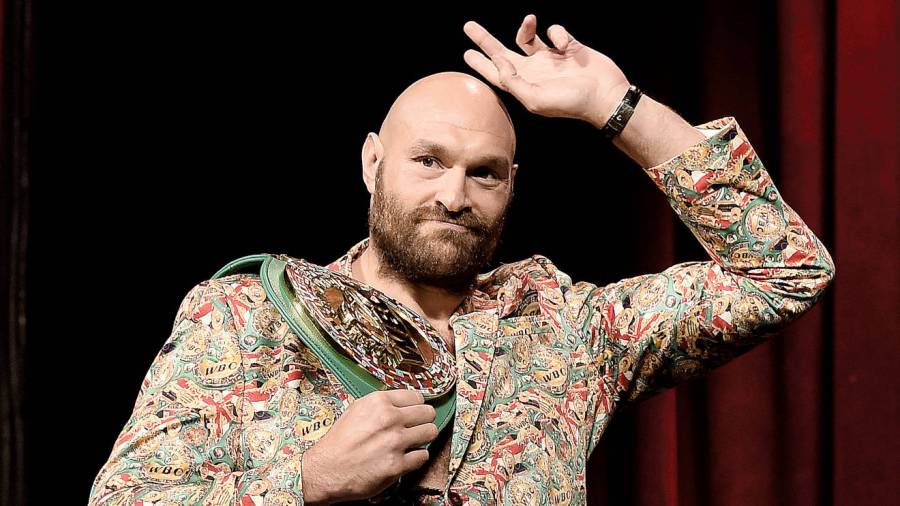 It was a joy to be a pilgrim and a witness in Las Vegas for Fury vs Wilder, writes Steve Bunce

THE exile for the boxing business is officially over in the wonderland of fights. Las Vegas is not quite as glittering, not quite as confident and not quite as clean as it has been when boxing’s circus has come to town. It still needs a bit of healing, trust me. Thankfully, the boxing entourage is back in force, arriving slowly during last week for Fury vs Wilder, shifting from cameos at Bob Arum’s office to full-blown pageants of the former, the fallen and the rising stars of the business.

A preening Andre Ward, a bubbly Tim Witherspoon, Big Lennox Lewis, some sparring partner royalty and feathers from the Eighties who are now super-heavies. “I was here for Pacquiao a few weeks ago,” Dan Rafael, the reporter, told me. “This feels different – it feels like we are still playing hurt.” So, more to do.

There was the return of savage Bob. The promoter, who turns 90 later this year, turned on a couple of people. Welcome back, Bob. It was like the Eighties and Nineties for a few foul-mouthed filled moments. Once upon a time in Las Vegas, Don King and Arum were always having rough and tumble and free-speech exchanges with the writers. There were no cuddles and no bans. I swear, for a decade, I thought “You c********r” was a term of endearment in Las Vegas. Perhaps it is.

Stitch Duran was hired again, in town with his magic tricks for shutting wounds; a sleight of hand that a military field hospital would pay good money for. Stitch delivers a calm to any dressing room storm, getting a fighter’s attention as he applies the tape and bandages. A ritual the very best fighter’s crave; it has to be perfect, it has to be familiar, they have to trust their cutsman. Duran is the man for that job. “I’m happy to be here – I did the bubble shows, but that was not Las Vegas: This is Las Vegas.” Duran can barely move five feet before somebody wants a hug and makes him an offer.

The week was like a reunion. I guess, in many ways, that is what it was. A week for the men – it’s mostly men – from old fights and old times to shake hands and laugh with other men from the same days. Tommy Hearns was at the MGM, Sugar Ray Leonard was in town, but not at the fight. Andy Ruiz was smiling. Tommy can shuffle now in peace, largely ignored and that might suit him. It is unfair to keep asking men like him for a prediction. A quick selfie is one thing, but thrusting a mic under his lip and demanding a prediction is just rude.

Some of the conversations are intentionally private, others are random and open. Witherspoon was giving a masterclass one afternoon on throwing a heavyweight jab, one of the sport’s lost arts. Tyson Fury throws a jab, but not a jab like heavyweights once threw. And for three brief glorious seconds, the Spoon was back, his feet perfect and the jab a work of beauty. It’s important that we still have men like Spoon with a boot in history and another boot in our mad modern business.

Shelly Finkel, another fine example of a generational boxing operator, had me hanging my head in embarrassment when he reminded me that I had not called, not bothered to pick the phone up, to ask for his version of the arbitration hearing before the announcement. He was right, by the way. Shelly remained a loyal believer in his man. His level of confidence, coming in a private conversation, was a warning sign of faith to me.

The press room made a solid return during the week with cameos from Teofimo Lopez and Terence Crawford. There were others. Arum took up residency several times, available at a simple request. And available on any boxing subject. I heard one interview where he was talking about Nigel Benn’s Las Vegas days and another where he was recalling an angry breakfast with Marvin Hagler. The man is a treasure.

I walked through the Wynn and had croissants with Lennox. He was good on being ruthless, excellent on not taking anything in our business for granted. There has been, I said to him, some rumours. “Yes,” he told me between bites. “And don’t ask anymore.” I took his advice. He did look leaner than I have seen for a long, long time.

Lennox talked about owning the Mandalay Bay during his prime. He has total recall of his fights, even the defeats. He remembers the mistakes men made when fighting him, he remembers what he did to make them suffer. I reminded Lennox that he was nasty. “Now, you are a nice guy, everybody loves you. But back then.” He nodded his head. “That’s what it takes. You never saw me kissing babies.” True, but then again Lennox Lewis also ran in boots like Muhammad Ali and Ali ran in boots like Joe Louis had. That’s history.

And, inevitably, Gene Kilroy appeared on the edges of a Sunday sunset in the fight town. He was with Stay Down, a fight figure from Houston. We had an Italian meal talking about Andre Ward playing ping-pong at Floyd Mayweather’s house, Floyd’s Sunday bowling habits, Aretha Franklin and Ali and we shared a call with Tim Witherspoon. It was a very Vegas end to a very Vegas week. It was a joy to be a pilgrim and a witness.