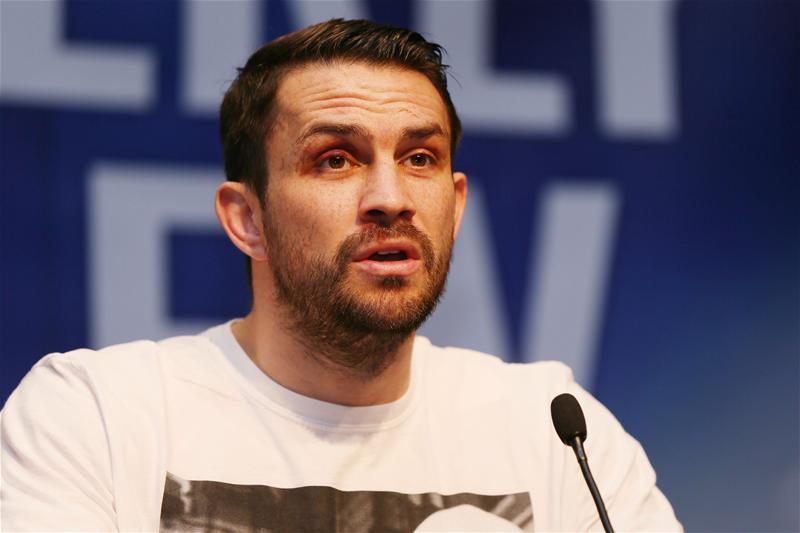 To win the rematch and the WBO super-middleweight title, Smith must deal with Abraham’s strength and his jab

CHRIS EUBANK JNR was a welcome addition to Joe Gallagher’s gym to help Paul Smith prepare for his rematch with WBO super-middleweight champion Arthur Abraham in Berlin on Saturday (February 21).

“[Abraham has] got a quality jab and that’s the main reason why the Eubank sparring has been helping out, because he’s got a quality jab himself. It has literally been a battle of the jabs with me and Eubank, trying to see who can outjab each other at times and negate the other one. It’s not a hidden secret for Abraham, what his jab was like,” Paul said. “It’s something that you don’t really notice until you’re in there and you see him live, up close how good his jab is. It is underrated because he is a brawler type of fighter, he’s strong, uses his strength but he’s a quality jab.

“I’ve been working on that a hell of a lot more this time and working on how to counter that as well.”

Chris Eubank Snr, a former holder of the WBO super-middleweight title himself, was also on hand during their sparring sessions. “He’s giving [Junior] all the advice that he needs and it’s good advice. It’s different to our methods and our techniques but what he’s saying makes sense and it’s correct a lot of the time. Just standing there saying nothing on fight night, that’s just for the cameras. I think that’s just a bit of a show and a bit of an act. Because it is a serious set up what they’ve got. He can fight, the young lad can fight,” Smith said.

The Liverpudlian doesn’t believe he will be fighting a drastically different Abraham in their rematch on Saturday. “I don’t think he can improve. I think he can be fitter, he can be stronger but technically I don’t think he can improve. Mentally I don’t think he’ll have gained any confidence from that fight. He’s gone in with a kid who he was meant to beat, who in his opinion has lost two domestic fights to two kids that he believes he’ll beat himself. He was going in there to wipe me out, another routine defence and he struggled. Whether he thinks he won it or not, he knows he struggled. He may train hard and he may actually train properly but all he’s going to do is make himself fitter. And if he’s fitter he’s going to throw more punches and leave himself open a bit more, which is going to help me out anyway,” Paul insisted. “He fights the way he fights. He fights in bursts and he fights to steal rounds.

“I believe I more than held my own in that fight and I proved I belong at that level.”

The Liverpudlian is intensely driven for this fight, saying, “It’s still getting to me that the verdict [the first time] was the way it was and the decision was just so wide.”