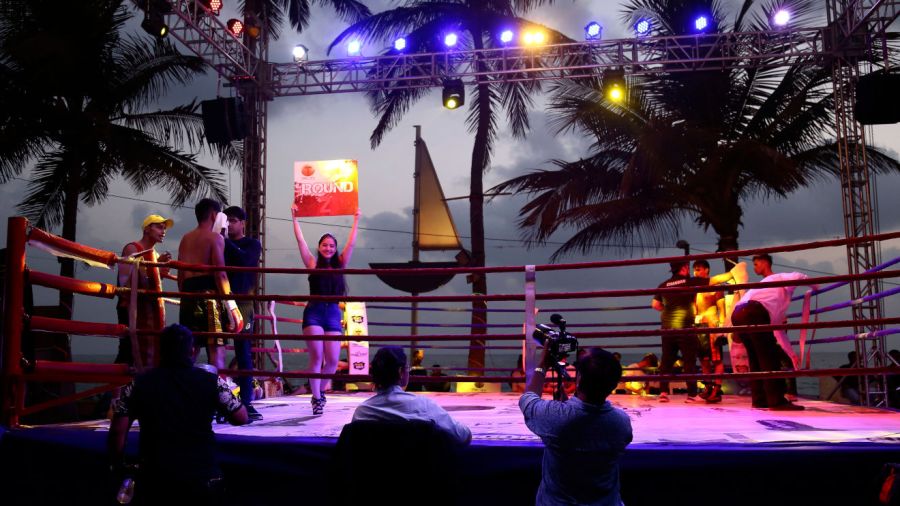 BOXING is a global sport, even if it is only just coming out of hibernation after the coronavirus lockdown. But there are still markets with untapped potential. India could be exactly that.

In the amateur sport Mary Kom and Vijender Singh have won Olympic medals for the country in past years and their squad is looking strong in 2020. But professional boxing is scarcely well established in the country. One promoter is trying to change that. Arif Khan set up Punch Boxing to take the lead with promoting in India and develop the professional sport.

They have built their own arena and are now planning to stage regular events. Khan, considering the size of India’s population and the scale of the potential fanbase for the sport, is adamant that this is the start of something big.

Cricket in India has a huge following. If boxing could build even a fraction of that, it would be substantial. “Currently cricket is the main sport. But now if we talk about non-cricketing sports, boxing is number one. With a population of more than 1.2 billion [in the country],” Khan said, “there’s a huge, huge fan following of boxing in India but we need to raise the bar of production quality of the regular boxing events. We can reach an audience into millions within a period of two or three months, that’s not a problem.”

“India is already a country with a huge population where there are very good talents in amateur boxing, already a few Olympic medallists as well. So we are converting these amateur boxers into professional boxing. Giving them hope, generating good sponsorship for them. Giving them good media reach. So we are working very hard for the boxers of India currently,” Khan told Boxing News. “In 2017 there used to be only one or two [professional] shows in a year. Now currently India is doing around 20, 25 shows in a year. In 2021 we ourselves at Punch Boxing will organise a minimum of 30 shows a year.”

It will have its challenges of course. “In India people have not watched professional boxing, they have not experienced live boxing action, live action inside the ring. They have just seen action movies and everything. My idea to give them a real sense of real action,” Khan said. “It’s not like Hollywood or Bollywood. They’re not acting. I want to bring audiences closer to the action, so if you like action, why don’t you watch real people who are fighting for real?

“An Indian audience they’re only familiar with cricket and Bollywood movies but I want to bring them closer to the real action of professional boxing.”

“That’s why we’re working on production quality. So once people experience real action, not daily soaps, not reality shows, not Bollywood movies, once they start experiencing real action,” he continued. “Then they will come closer to professional boxing.

“International fights, they’re not telecasted in India that much, like Floyd Mayweather only these kind of fights are broadcast in India right now. We have to show them real boxing on a regular basis and with a huge population I think we can turn the table around. It will be a gamechanger for India.”

“I think India has a very, very good chance to lead in professional boxing,” he said. “It can be huge numbers, we can’t even predict.”

Khan hopes that in future India will become a destination for major fights too. “We can host the biggest fight in the world in India, because investors are there, volume is there, audience is there, talent is there. Everything is there but we have to place it in the right place at the moment,” he said. “It will take some time but we have to join hands with good companies, good investors.”

He added optimistically, “Once we are successful with boxing, boxing can be bigger than cricket.”