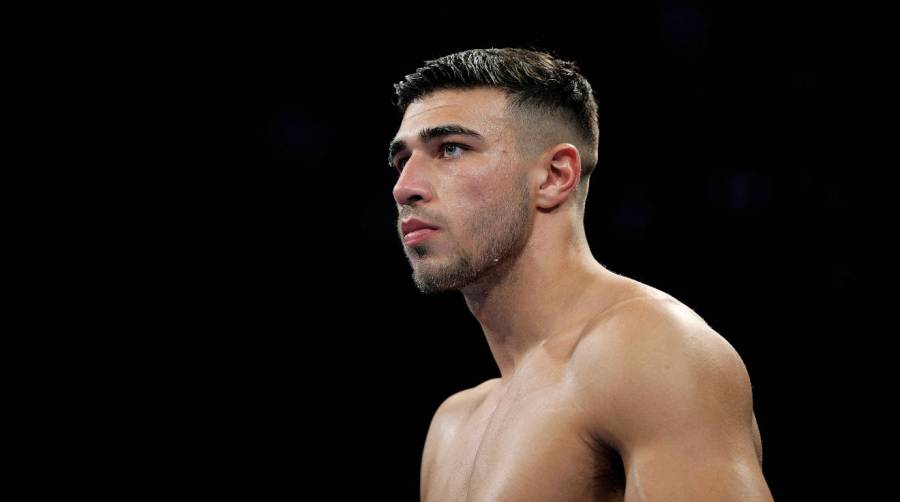 IN a boxing gym above a garage, on an industrial estate in south Manchester, a big man and his son lugged their kit bags up a steep staircase for the second session of the day. It was another proper gym with lost boots, lost gloves, split mats, chains with no bags resting against the wall and the gentle smell of dirt and grime and hurt. Nobody was ever coming back for that one six-foot strip of stinking bandage, trust me. The boy still has wet legs from the 10 rounds of sparring in another gym just a few miles away. He will run five miles later that day, run next to his big brother and with his father at his side. Welcome to a day in the life and times of the Fury boys. Tommy Fury and his dad, Big John, are the latest odd couple in the boxing and family game, a pair united in blood and the business they have chosen.

And they also have a relationship like any other between a father and his son working together in a tight and emotional space. “Do you fall out?” I asked Tommy. “Every week,” he replied with his big grin. Big John was lurking just in earshot, his silhouette visible against a mirror in the gym’s shadows; he can cast a considerable shadow, it has to be said.

Young Tommy was getting ready for his latest fight. It had been a hard few weeks with his dad and not a lot of neon nights. Big John likes to praise Enzo and Joe Calzaghe. “Look at Joe, he misses his dad every day. I know, I can tell. That was a proper relationship.” It was, I agree, but the Calzaghe team had fabulous bust-ups – often in the ring. Big John just chuckles.

As Tommy shadow boxed in the ring, which had a tired ceiling just a few inches above his head, John walked over, never taking his eyes off his son. “He showed me some stuff today in the sparring,” he said. “He was a big lump, about 14 and half-stone, a kick-boxer and now unbeaten as a pro. They went for it – he showed me plenty of guts today.” Big John was obviously pleased. Tommy never had a mark on him.

There was a time when John was still fighting when he had a yard in a place like the industrial estate we were on; there is a photograph of John, dressed in layers of training clothing, hitting a bag in a yard of some sort with children looking up at him – one of the children is Tyson. “I remember that,” John says when I remind him of the picture. In the picture, Bartley Gorman, perhaps the greatest bare-knuckle fighter in the modern day, is holding the bag. Bartley and John are related. United, also, in their devotion to the fighting game. Gorman is standing there, defiant, solid, still and it looks like nothing short of a JCB at full pelt would ever shift him.

“You know, I take this Jake Paul deadly seriously,” John said. “He’s six-two, he’s unbeaten and he’s a millionaire. He can train where he wants, get any sparring partners that he wants. He is serious. And, he’s a cash cow.” Gypsy John has a valid point or two; Paul might be a fun character but he is not a laughing fool.

Tommy will fight in Cleveland on Sunday, fight on the same bill that Paul is officially not topping. It will bring the two into each other’s orbit; stars from other worlds – Tommy from Love Island and Paul from the planet of pranks and YouTube millions. They are talking about each other. Big John remains unconvinced: “He is serious, but right now, Tommy would cut him in half – it’s just fun and games to us; it will get serious when he gets nearer the British title.” John has a steady route planned for Tommy, not the route his other, bigger son, Tyson, followed. “You see, Tyson Fury is a unicorn in the fight game.”

Tommy and his father know exactly what they are right now. They are not making bold and stupid claims and not taking any risks. “Tommy has all the ability,” added John. “I will know when I step him up; I’ve seen him in some wars, take some digs.”

In Telford, back in June, Fury heard a lot of personal abuse as he walked to the ring. It was not pleasant, but it was a harsh lesson in fame, jealousy and being in the cruel spotlight. “I blocked it out, I had to,” said Tommy. Even Big John, no stranger to hard and violent times, was shocked by the personal nature of the abuse. That type of abuse will not go away and it is far from pantomime banter, by the way.

“What those people don’t know is that Tommy lives it every day and you have to live it every day,” continued John. “No outside influences and if you don’t live it, you don’t want it. If he never lived it, I would walk away. He knows that.”

Tommy, by the way, has a lot of ‘outside influences’ as part of the package, the deal with being a Love Island star. He has to manage the commitments, the requests, the offers – they might be worth a nice few quid, but he has to find a balance. It’s not easy to do it well.

The pair finished up at the Manchester Fight Club gym, Tommy had a shower and Big John looked out over the plots; packed car lots, sand and shingle piles, scrap. A glimpse at his past. When it was done, they were going over to Liverpool to see Tyson, who had been sitting vigil at his daughter’s side in Alder Hey hospital. It’s a family affair, that’s for sure. Not just a boxing affair.