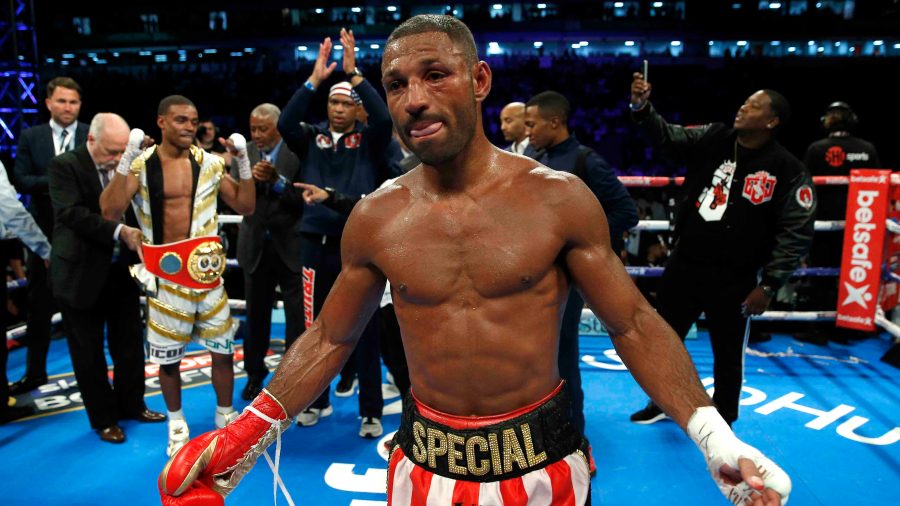 I ask because quitting is exactly what Kell Brook was accused of doing on Saturday night when in the eleventh round of his showdown with Errol Spence, with his left eye hideously swollen and blinking and in obvious distress and pain, he took a knee and chose not to continue.

In purely literal terms he did quit because the word itself means nothing more than to stop doing something but the boxing lexicon is a complex and often personal thing.

In my mind, quitting in the ring means electing not to continue when you still have something to give and when you are still in the contest, behind maybe, but still capable of winning if you really, really want it. From where I was sitting at ringside, just to the right of judge Alejandro Lopez, and with a perfect view of Brook as he dropped to a knee on the far side of the ring, that was not the scenario. The IBF champion had nothing left to give, the fight had turned against him and there was no turning it back. I had Brook 93-97 down through ten rounds (two of the judges saw it similarly with Spence three and five points up on their cards) and needing a knockout that wasn’t going to come. All that awaited him in the time remaining was further punishment at the hands of his extremely capable challenger and potentially lasting damage.

So I wouldn’t say he quit but others would and indeed they did. Two of them were my Sky colleagues Tony Bellew and Amir Khan and, whilst I disagree with them, when professional boxers; people who have been there and done it, who have suffered defeat and know what it feels like, who are acutely aware of just how much you have to give in that squared circle; when they give an opinion on such a thorny issue, I accept it and respect it because quite frankly they’ve earned the right to say whatever they like.

But for the rest of us, who are all merely observers, I really don’t feel any of us should castigate a man, particularly not a champion like Brook, who proved his courage beyond all reasonable doubt when he faced Gennady Golovkin, for finding himself unwilling to walk into a hail of gunfire merely for our entertainment. Who are we to demand that anyone should do that?

We expect a lot of fighters, in a sense they’re victims of their own extraordinarily high standards of bravery, resilience and commitment, but there have to be limits. We sometimes need to remember that whilst boxing is a sport unlike any other, a boxer who climbs through those ropes and into those four corners of truth, whilst not a man like any other, is still a man, still flesh and blood.

To give the debate a touch of context, earlier in the day at Wembley Chelsea’s Victor Moses was sent off for diving, for cheating, and some supporters applauded off the pitch. If you’re tempted to be critical of Kell Brook’s actions under the Bramall Lane lights then just think about that for a minute.