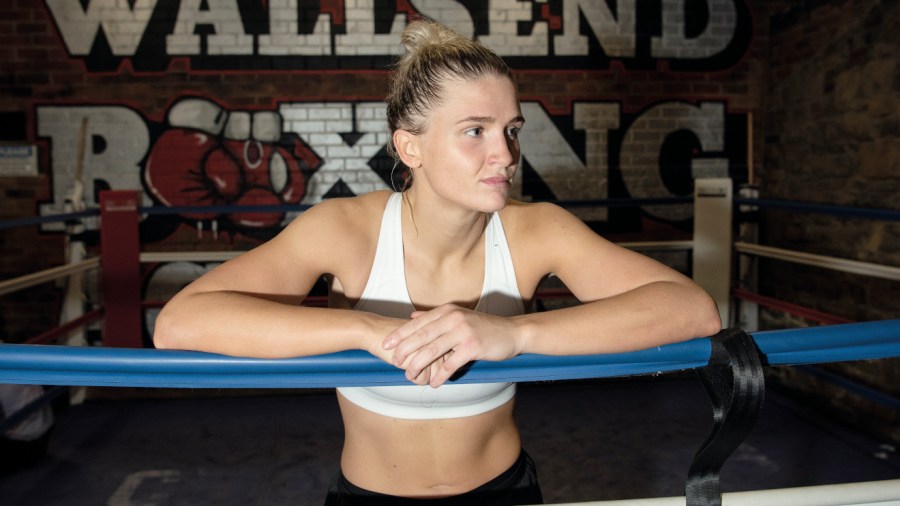 When and why you started boxing:
I started when I was 21, so I haven’t actually been boxing long. I just went to the gym to lose weight and they said, ‘You’re talented. Will you join our amateur team?’ A few months later I had my first fight.

Best fight you’ve seen:
In person, it’d be Lewis Ritson against Robbie Davies Jnr. It was an all-out war.

Personal career highlight:
Making my pro debut in my hometown of Newcastle on a Matchroom card. It doesn’t get much better than that.

Toughest opponent:
As a pro? None yet, really. And I can’t remember my amateur opponents!

Best and worst attributes as a boxer:
My best attribute is that I’m heavy handed. My worst attribute – and the thing I get told off most for – is my impatience. I want everything now and I rush things. I want things to happen yesterday.

Best friends in boxing:
Joe Laws and all my stablemates. I really get on with Savannah Marshall too, and I know Lewis Ritson quite well.

Other sportsman you would like to be:
I played football when I was younger but I did my ACL. If I hadn’t have got injured I’d probably have been a footballer and not a boxer.

Who would play you in a film of your life:
Oh God. I don’t know. Some model? I don’t care which one.

Have you ever been starstruck:
No, I’m not that kind of person. I’d like to meet Katie Taylor but I don’t think I’d get starstruck.

Last time you cried:
I watched a little clip of Bobby Robson and Paul Gascoigne on Twitter the other day. I had a tear in my eye after that.

Best advice received:
I get many lectures from Joe Laws. He’s the best person at giving advice because he’s on my case all the time. What I’m eating and when I’m eating.

Something not many people know about you:
I’m the first professional female boxer who is Newcastle born and bred.