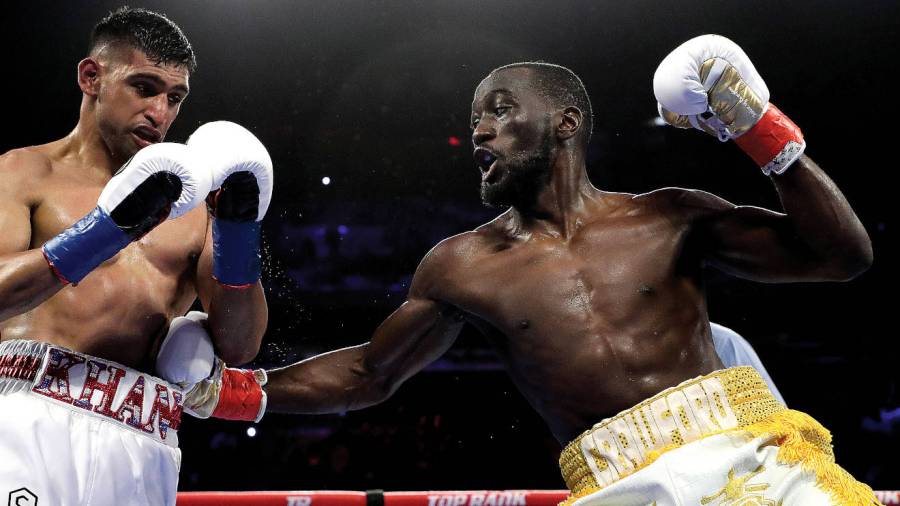 Errol Spence vs Terence Crawford is the fight we all want to see. But what should Crawford target if he can't get it?

Sunny Edwards
No.2 flyweight in the world
Terence Crawford needs to be in the biggest fights possible for him. Outside of Errol Spence I’d like to see him face Yordenis Ugás to unify (who holds an amateur win over Crawford) or against Josh Taylor if he plans on moving up to 147lbs.

Joe Gallagher
Leading trainer
I’d like to see Crawford vs Jaron Ennis, I think that’s a good fight. Ambitious, young, hungry, fighter, good record. We’ve got Josh Taylor if he wanted to move up, or Crawford could move up and fight the winner of the Brian Castaño/Jermell Charlo rematch. But if he stays at welter I’d like to see the Jaron Ennis fight.

Paul Ready
Boxing manager
I’d like to see him face Regis Prograis or Mikey Garcia while he waits to see if the undisputed fight can be done for later in 2022.

Chris McKenna
Sports reporter
It is tough because the Spence fight is his defining night but his reputation would go to another level if he went up to 154 and took on the Charlo vs Castaño winner for the ‘undisputed’ in that division. Obviously would be great to see Josh Taylor step up to welterweight and face Crawford, too.