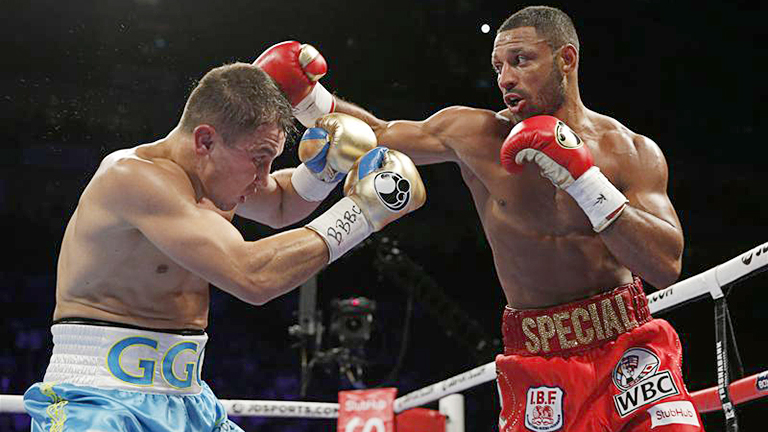 “We’ve had a quite a lot of meetings and the communication channels aren’t closed. But we’re just too far out. It’s not like we’re 5% away, we’re 20% away. They keep saying we shouldn’t be thinking about the percentage, we should be thinking about the purse that’s been offered. But what about the rest of it? It doesn’t mean we roll over and give the rest to you. So we feel there should be some kind of parity, bearing in mind the situation for both fighters. It’s frustrating because it’s a wonderful fight, a huge fight, both guys make a fortune and you can do it again,” Brook’s promoter Eddie Hearn told Boxing News.

The promoter will try to snare a fight with Manny Pacquiao later on this year. “We are talking to Bob Arum, we will be making offers for Pacquiao for September, October,” he continued. “I and everybody around him want and know that at 154lbs he’s a much better fighter than at 147lbs. But he does have a belt at 147. He can make it but he’s depleted. He would have to make 147 to fight Khan but it’s Khan. You couldn’t stop Kell from doing that. But we’ve made Errol Spence an offer to come and fight Kell and we’ll see what they come back with.

It’s not so straight forward finding a major fight at super-welterweight. “Cotto’s the dream pick, Cotto and Alvarez although he’s all over the place with his weight, Alvarez. But it’s not the most glamorous division amongst the champions. So good fighters, some excellent fighters. The Charlo brothers, Lara but not huge names,” Hearn said. “But Kell can go in and be a huge name in that division himself.”