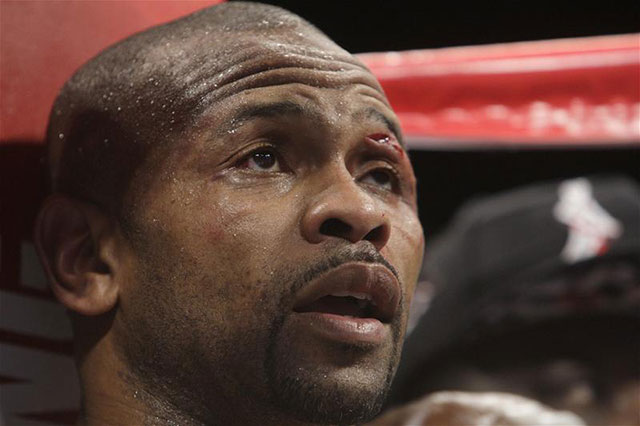 ROY JONES JNR is not ready to retire.

The 46-year-old scored his 60th professional victory when he thrashed unknown club-fighter Willie Williams in two rounds at the Cabarrus Arena in Concord, North Carolina.

Williams opened up in the second, wailing at Jones’ body with abandon. The assault was unsuccessful and presented Jones – many years beyond his glorious peak – with the openings required to conclude the mismatch. The future Hall of Famer hurled looping power shots that landed with ease, and sent Williams down in a heap.

Jones is chasing a shot at Marco Huck, and this was his sixth consecutive victory (against increasingly obscure opposition) since he was stopped in 10 rounds by Denis Lebedev in 2011. Prior to that loss, Jones had confirmed his decline during wide decision losses to Joe Calzaghe and Bernard Hopkins as well as a one-round drilling at the hands of Danny Green.

But he has no desire to hang up the gloves, stating many times that he fights because he loves it. Against the likes of Williams – who had lost half of his previous 16 bouts against nondescript rivals – that love affair will flourish.

But should Jones again step up to world level – against the likes of Huck – there is little chance of a happy ending.