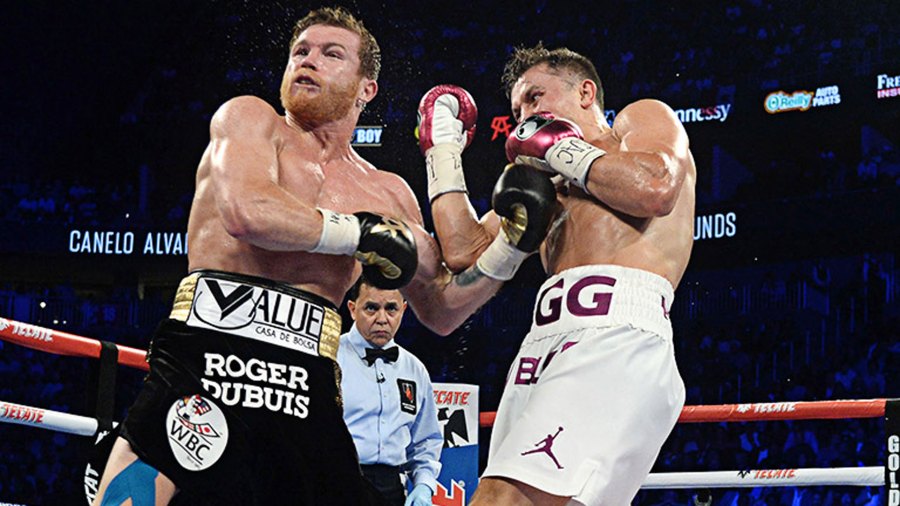 Meanwhile Demetrius Andrade is ready to fight Gennady Golovkin for his WBO world title, if he gets through first defence, writes John Dennen

ON Friday (January 18) Demetrius Andrade defends his WBO middleweight world title against Artur Akavov at the Madison Square Garden Theatre in New York. If all goes well, promoter Eddie Hearn would be keen to match him with former champion Gennady Golovkin. But such a contest would have to take place on streaming service DAZN.

Whether Golovkin will get a third fight with Canelo Alvarez, after engaging in two close, controversial contests previously, remains to be seen. Canelo has signed a major deal with DAZN and the streaming service has had “plenty of talks with Golovkin,” Hearn confirmed.

The promoter continued, “I don’t know what [Golovkin] is going to do. I saw [a report] that he’s signed with DAZN, that’s not the case. He’s considering all options, all offers. If he wants the Canelo fight, he needs to be with us [Matchroom USA], Golden Boy and DAZN. If he signs with another network he can’t fight Canelo.”

“But,” he added, “I don’t know if he wants to fight Canelo. He’s had two. Maybe he says I feel like I don’t want to fight him.”