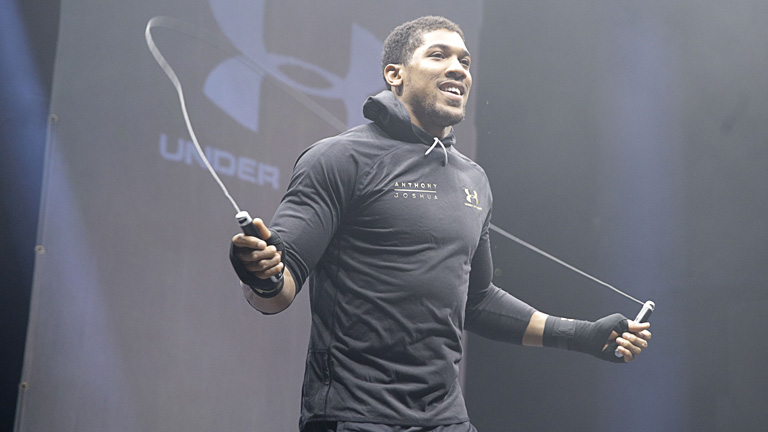 In his own words, Dave Allen, who's sparred Fury and Anthony Joshua, compares the two and explains why he tips Fury to beat Wilder

DEONTAY WILDER vs TYSON FURY will  take place at the end of the year. Personally, as a Tyson Fury fan, and a friend of the family, I’d prefer it if he took a bit more time.

I thought he’d be a little bit busier than he has been. If he’s going to box Wilder in November or December, he should have boxed two or three times by now. He can beat the likes of Sefer Seferi and Francesco Pianeta with one hand tied behind his back. I know he’s putting in the work in the gym, but ring time is the most important aspect of boxing. You need to be in the ring for real. Tyson Fury, though, is so good that I’d never bet against him. I wouldn’t bet against him if this was his first fight back.

Before I trained with him in 2013, I wasn’t sure about Tyson. We’d seen him dropped by Neven Pajkic and struggle with John McDermott. I wasn’t sure how good he really was. But the first time I shared a ring with him I couldn’t believe how good he was.

After that, I started spending more time in the gym with him, watching him train, doing more rounds with him, and, more importantly, I started sparring other good heavyweights. That was when I knew Tyson Fury was the most talented fighter I’d ever seen at any weight. People will say I think that because he’s my friend, but I know a special fighter when I see one.

Wilder’s always got a chance because of his power. Even if Tyson was at his very best, and had a few comeback fights, Wilder would always be dangerous, and he’d be dangerous for the same reason. He could knock out any heavyweight in the history of boxing. He takes you out with one shot. But, for me, the only advantage Wilder has over Tyson is power – and Tyson knows how to avoid getting hit. We saw that in the Wladimir Klitschko fight. He turned up in shape, followed a great game plan and barely took a shot all night.

Right now, having sparred him plenty, I wouldn’t say Tyson is back to his very best, but he’s not far off. His movement is unbelievable – he moves like a super-middleweight, I would say – and I’ve honestly never seen a fighter with my own eyes who is as good as him. Even if he boxed Anthony Joshua next, I’d still make Tyson the favourite because I know how special he is.

Deontay Wilder has said this fight with Tyson Fury is bigger than a fight with Anthony Joshua, but that’s not true. Joshua is the biggest name in world boxing right now, which means any fight involving Joshua and Wilder and Fury will be 10 times bigger if Joshua is involved. Joshua vs Wilder and Joshua vs Fury are the two biggest fights in heavyweight boxing.

Basically, nobody can compete with the Sky marketing machine. Sky and Matchroom have made Joshua massive. He’s done all the fighting and done it brilliantly, but the team behind him have done a fantastic job of making him the most marketable boxer in the sport. Wilder and Fury haven’t had that same push.

If Fury fights Wilder this year, I see a Tyson stoppage victory. I think he’s too clever and will always find a way to win. Not only that, I genuinely think that in five or six years’ time we’ll see Tyson Fury retire undefeated as heavyweight champion. I don’t see anyone right now who can beat him. I think Wilder and Joshua are phenomenal athletes, but there’s no heavyweight who can compete with Tyson Fury.