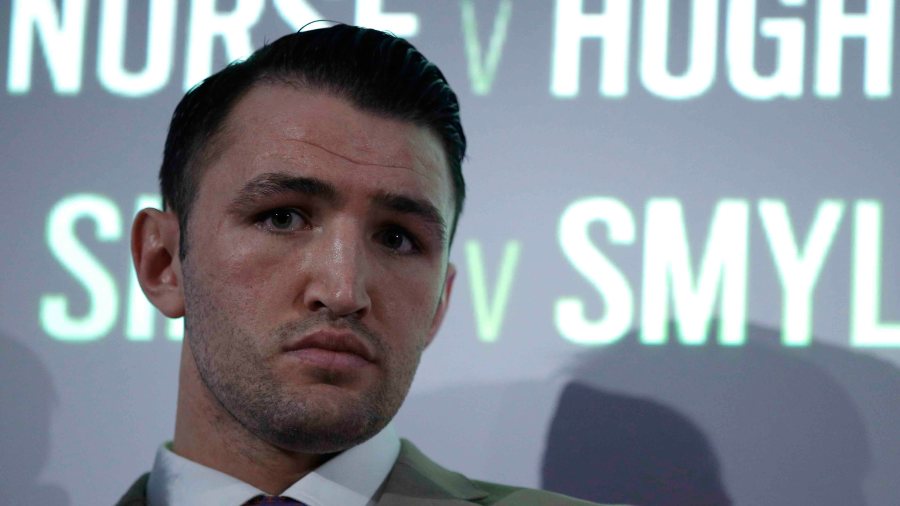 HUGHIE FURY is planning to win back the heavyweight world title his cousin Tyson used to hold. He’s gunning for WBO champion Joseph Parker and with the clout of BT Sport behind him the younger Fury expects to bring that fight to the UK this year.

“Being champion of the world, being WBO champion. I’m already in the mandatory position. The fight I want is Parker and that’s it. I want to fight the best,” Hughie said. “This is my roadmap, so I’m just taking one step at a time.

Promoter Frank Warren expects to confirm the fight in the next week or so. “We’re negotiating at the moment with Joseph Parker’s people from New Zealand, I believe we’ve got an excellent chance of putting the fight on in the UK,” Warren said. “I’ve got the utmost faith that Hughie can become world champion. He’s got tremendous pedigree, as an amateur he won the World Youth championships. He’s the cousin of Tyson, so you’ve got to think of all the camps that Tyson’s had preparing for his world title fights in his career, Hughie’s been there so he’s been sparring with some of the best young fighters in the world. For me he’s ready to go and I think against Parker in this country he’s got a great chance of becoming world champion. We will be announcing some details for that probably within the next six or seven days. So keep our fingers crossed it’ll be on BT.”

Fury is up for the challenge. “There’s no pressure really,” Hughie said. “I’m from a fighting family. I live to fight.

“I’ve had all the experience with Tyson fight for his world title. I’ve had the best experience sparring. I’ve had it all. I’ve fought the best in sparring so I’m just ready now to pick up my game and fight the best.”