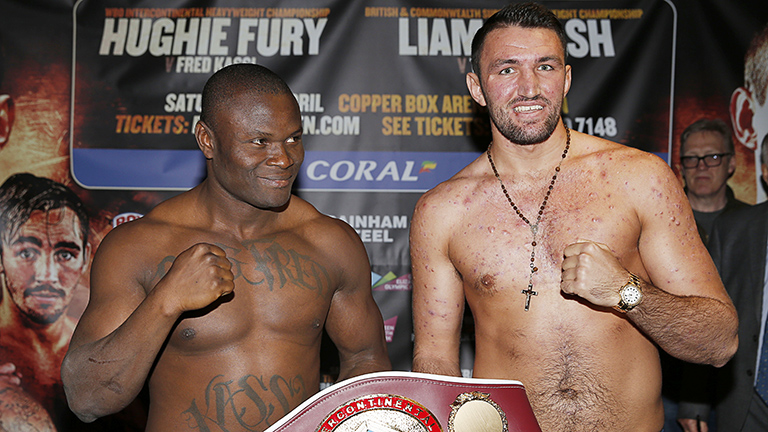 Unbeaten heavyweight Hughie Fury, cousin of Tyson Fury, headlines his first show on April 30 when he takes on Fred Kassi at the Copper Box Arena in London. Fury is looking to make a name for himself in the banner division while Kassi is coming off a contentious points loss to future world title challenger Dominic Breazeale and an even more questionable draw with Chris Arreola.

Live on BoxNation at 6pm (UK).