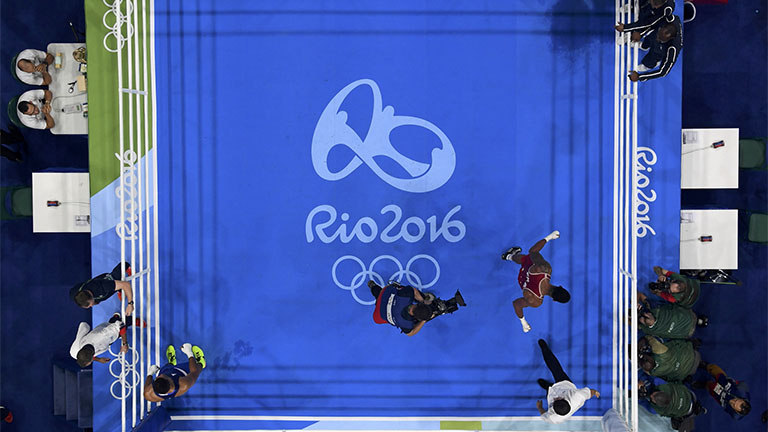 The road to the Tokyo Olympic Games has been set

THE crucial next steps towards the Olympic Games have been laid out with the International Olympic Committee announcing the qualifying route to Tokyo 2020.

For European boxers the first qualifier will be the continental event. That will take place next year in London, at the Copper Box in Stratford from March 13-23 2020.

For the Asia/Oceania region the first qualifier will be in Wuhan, China from February 3-14, for Africa it takes place in Dakar, Senegal from February 20-29 and for the Americas there is one from March 26 to April 3 in Buenos Aires, Argentina.

The second and final opportunity for all boxers to win a place at the Olympic Games next year will be the World qualifier, due to take place in Paris, France from May 13-24.

All the cities holding qualification events have hosted previous or future Olympic or Youth Olympic Games. With AIBA, the amateur sport’s governing body, suspended from administering Tokyo 2020, a new task force will handle the qualification events and the next Olympics.

“The qualification events represent a fair and transparent pathway to the Olympic Games with equal opportunities for all National Olympic Committees,” said Boxing Task Force Chair and IOC Member Morinari Watanabe. “Everything is being done to provide world-class qualification events and to ensure the best possible conditions for the athletes.”

It means the World championships now taking place in Russia won’t be a qualifier, as they’d normally be expected to be. There will no Olympic places through a World Series of Boxing, the quasi-pro league, and surely the WSB will not endure. That event was brutal and entertaining but at least the qualifying system is more comprehensible and has been rationalised. The schedule looks to be positive for amateur boxers in Western Europe who rarely get the opportunity to box in the UK or France.

Interestingly the Task Force has also announced that they will start an Athlete Ambassador Group. This is will made up of 10 boxers, one male and one female from each of the five regions (Europe, Americas, Africa, Asia and Oceania). These 10 will be selected from nominations by national Olympic committees and national federations by the end of September. They will later be joined athletes elected by their peers from the continental qualification events.

The Olympic Boxing Task Force also intends to finalise an agreement with Price Waterhouse Coopers to independently review the process for selecting and evaluating boxing referees and judges. The IOC said, “The Olympic Boxing Task Force decided to build on the successful delivery at the Youth Olympic Games Buenos Aires 2018, where the partnership with PwC helped ensure the credibility of refereeing and judging processes.”

With the myriad problems afflicting AIBA, boxing was facing the threat of being expelled from Tokyo 2020. That problem has been averted, at least in the near term. But there have been significant changes. There will eight men’s weight categories, down from 10 in 2016, and five women’s divisions, up from three. The total number of athletes, 286, has been maintained from the last Olympics in Rio, the number of female boxers has been tripled for Tokyo 2020. The Tokyo tournament will feature 186 men and 100 women (compared to 250 men and 36 women in Rio). The IOC consider this “a major boost toward gender equality and in keeping with the enhanced quality and popularity of female boxing”.