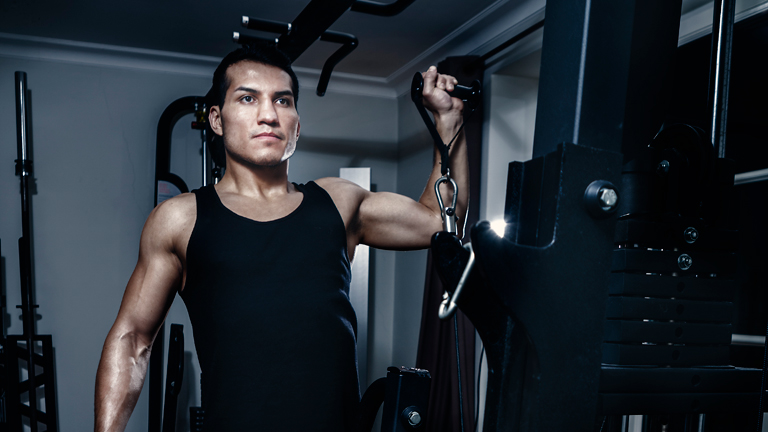 “KAIZEN” is a Japanese term that means “constant and never-ending improvement”. It is a philosophy that promotes making incremental improvements consistently with the expectation that they will eventually pay off in large improvements. This is a terrific training concept for boxers; unfortunately, it only takes one injury to set your progress back by weeks.

In four research studies on boxers, it was found that approximately one-third of all upper body injuries were to the shoulders – only the hands and wrists had higher risks of injury. As such, preventing shoulder injuries should be a priority in the strength and conditioning programs for all boxers.

To minimize your risk of injury, the best approach is to reduce the amount of stress your shoulders are exposed to during training while also increasing their ability to tolerate stress. The following nine tips address both of these concerns.

When selecting gloves for competition, it’s important to consider the boxer’s fighting style. A stronger puncher would want less padding at the front of the hands to increase the power of their punches and also to make it easier to cause and open up cuts. Examples of this type of competition glove are the Cleto Reyes® and Grant®, and are often referred to as a “puncher’s glove.” Because there are weight limits to the gloves, this glove is designed so that there is more padding around the wrist to increase the strength of the punch and protect the wrist. Yuriorkis Gamboa, who finished 17 of his 26 wins by knockout, wore this type of glove.

Boxers who have exceptional speed and thus rely on landing more punches to win bouts would want more protection for their hands. The Winning® glove, which is a high-quality glove manufactured in Japan, is designed for this purpose. It has much more padding on the hands compared to the Cleto Reyes, and fighters often refer to them as “pillows.” However, it’s possible that a fighter might use Winning gloves for training to protect their hands, but then switch to a puncher’s glove in the fight to cause more damage. Floyd Mayweather, Jr., who has suffered hand injuries during his career, uses Winning gloves in training and switches to Grant gloves for a fight to cause more damage.

We live in a society where everyone wants quick results, but sometimes it’s better to slow things down by working to make incremental, continual progress. Paying attention to these nine guidelines on keeping your shoulders healthy will enable you to do just that!