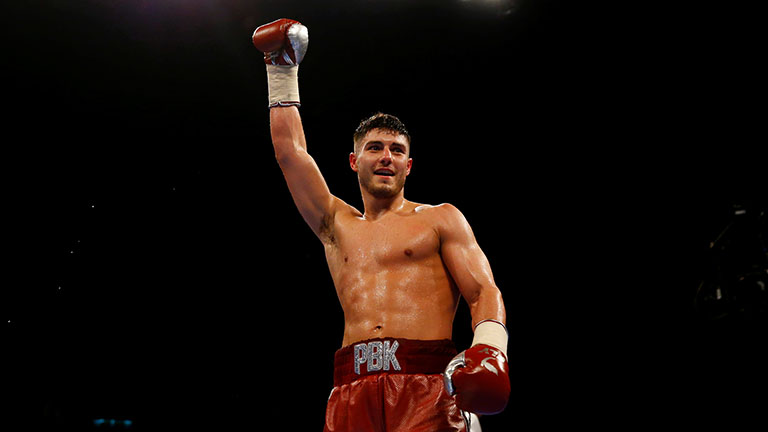 How should a prospect move?

Leave the dish in the oven for too long and you will spoil it. Take it out at just the right time and you potentially have something magical on your plate. The similarities with cooking a dish and cooking up a prospect’s career are startling. Much debate has been raging on the internet as of late over the correct pace to move a prospect’s career? How long do they need to tread water? And when should a precocious talent be let off the leash?

Its been widely accepted that once a prospect has made the decision to ditch the vest and punch for pay, a period of adaptation must take place. Traditionally this was done against lower level opposition that would ask questions of the new professional but ultimately not be a threat towards their unbeaten status. This would continue for a length of time, gradually stepping up in difficulty thus exposing the prospect to a multitude of styles that would serve him as he approached title contention. With the recent spate of highly decorated amateurs launching their assault on the professional ranks, this traditional “schooling” has been turned upside down. We now have fighters such as the mercurial Vasyl Lomachenko, who with his recent victory claimed his third world title in as many weight divisions becoming the fastest man in the history of the sport to do so. The days of slowly building may be behind us, much to fans’ delight.

As with most things that are positives and negatives to this tried and tested approach:

We British boxing fans are enjoying a great period now, we have a host of champions, established names and even our own amateur stand outs who are taking the professional game by storm; Josh Kelly will be competing for the Commonwealth title against Kris George in what will be his seventh professional contest. While Olympic silver medallist (should have been gold) Joe Joyce made his debut in a 10-round contest against a very respectable opponent in Ian Lewison and then went on to capture the Commonwealth title in only his fourth contest. As you can see, neither the fighters or their teams are not content to sit around and tread water, they feel they are world class and are focused on getting to that level as quick as possible. I think this should be commended and applauded. I for one hope this is the beginning of a new trend. I find myself eagerly awaiting the progression of their fellow touted prospects Anthony Fowler and Joshua Buatsi. I think we have some fun journeys ahead.

Aarron Morgan is a professional fighter and personal trainer. Find out more here