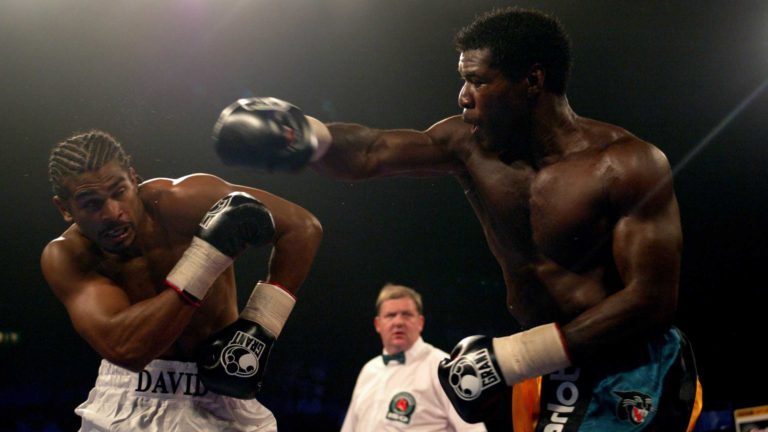 When I fought David Haye, my plan was to drag him into a fight because, at that point, he’d never been in a fight. He’d had 11 fights with 10 knockouts, and we got it right.

We wanted to make it uncomfortable for him, hit him, drag him into a dogfight basically. You can’t give him a chance to rest, even if you get caught, still go at it. He’d never been in that position before because he was bombing people out.

He’s good, he punches hard and I was surprised I was able to take his punches, he wobbled me a few times but I was still on my feet and my head was clear. All I knew was that I needed to hang in there because I can break people like that, I knew I always come on strong in the second half of the fight.

To read the full article, and much, much more, don’t miss Boxing News magazine this week