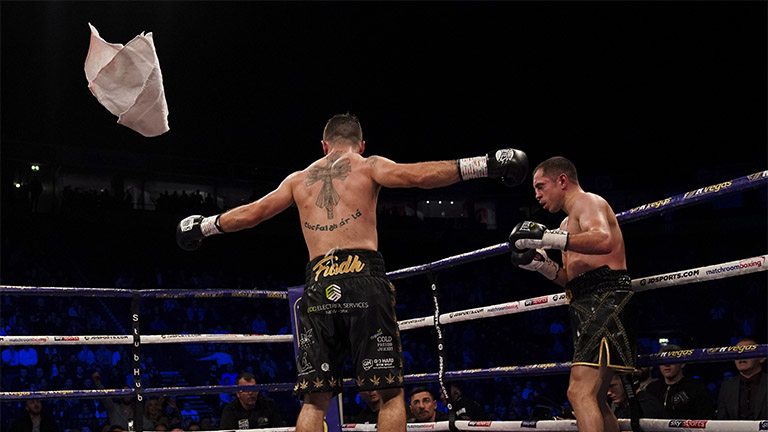 I understand exactly why fighters don’t want the towel to be thrown but trainers must act on their instincts, writes John Scully

AS a trainer it is extremely hard to throw in the towel. I can only think of two occasions when I have done it in the professional ranks. For better or worse, I consider myself a fighter who trains fighters as opposed to just a trainer. Having been a fighter myself I know how they do not want to get stopped. I had a long conversation with one of my boxers a few days before a very important fight and he was very happy to hear my philosophy on stopping fights and I assured him that me doing so would be very unlikely.

When the fight happened, though, we ran into a situation where he was in deep trouble while receiving a standing eight-count and I could see that his opponent, a very high level puncher, was in the neutral corner ready to pounce with everything he’d got. So, I made maybe the most difficult decision of my career to stop the fight.

As I look back on it two things come to mind. First, even all these years later, I believe the fighter still holds some resentment because of my actions. There is tension between us, and I know that is the reason. Secondly, and most importantly, if I were faced with the same exact situation again, I would do the same exact thing.

As a former fighter I understand completely why fighters do not ever want a towel thrown in because I was also that guy not so long ago. But as I’ve stepped back from my fighting days and transitioned into my trainer days, I see it all for what it really is. See, a fighter should think as a fighter does. You can’t be a successful professional fighter if you’re not willing to go far beyond normal boundaries, which is exactly why you also absolutely need a competent trainer in the corner to protect you. You may not want me to stop your fight and you may want me to allow you to get hurt and that’s fine, but to put a death or serious injury on my conscience and for me to have to face your wife and kids and parents afterwards is not part of that deal. You may not be around to see it, but I’d have to live with that for the rest of my life.

There are signs the trainer must look out for. Maybe the fighter is blinking uncharacteristically. Maybe their legs are not functioning properly, almost like they are walking on stilts. In the corner you ask a question and they may not answer in the way you know they should.

The truth is, though, some boxers are very good at hiding the signs. I can remember a 10-round fight I had, for example, where literally for the last eight rounds of it I was hallucinating during the rounds and in the corner. I was actually believing that I might be in the dressing room thinking about the fight rather than actually being in it. The crazy thing is my trainer had absolutely no idea that this was happening, and I managed to go the distance in that condition. In hindsight, I am extremely lucky. This is to say that trainers sometimes have to go by their own judgements because the boxer may actually be the last guy in the building who is looking out for his own best interests.

As a fighter with pride, I would have had a huge issue with anyone throwing the towel. I would have been irate, embarrassed, livid. But now I see the sport from all angles after stepping back.

If I could go back 25 years and talk to my 27-year-old self I would say: “Listen, kid. It’s honourable that you are willing to get hurt out there and that’s what makes you a fighter at your core. But all hyperbole aside, you have a life waiting for you long after boxing ends and it is not your right to put me as your trainer in a position to live the rest of mine knowing I allowed you to get permanently injured or killed while trying to explain to your family why this happened. There isn’t enough money in either of our purses for me to live with that on my conscience forever, kid.”