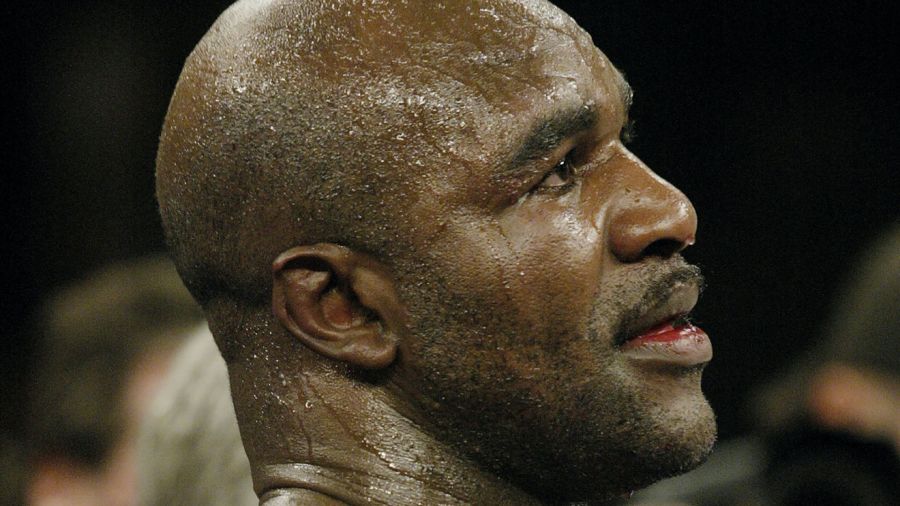 ON November 9, 1996 at the MGM Grand in Las Vegas Evander Holyfield halted Mike Tyson in the 11th round.

The people said Tyson would kill me. I had lost to [Riddick] Bowe and looked bad against Bobby Czyz. That’s the only reason I got the fight.

He changed his attitude. Tyson gave off those signs of distress when he kept complaining to the referee. He twisted my arm, so I twisted his arm back and he complains to the referee. You have to fight fire with fire; you can’t just say ‘okay’ and let it happen. He head-butted me on purpose a couple of times – I didn’t tell the referee.

He would push off and put his elbow in my face so I did the same thing back. Whatever he did to me, I did it right back. Shoot, if you want to play that way then we can do it that way. I didn’t try to do it sneaky, if you do it to me, I’ll do it right back. I wasn’t going to involve the referee because to me, it didn’t matter. Mike looked at me and I looked at Mike, I made it clear that whatever he did, however he played, I would do it all night.

I dropped him in the sixth round with a body shot to the top of the chest.

I realised that a race is not won until you cross that line. I remember when John Tate fought Mike Weaver and he got hit with an uppercut. Tate had won that fight but he got caught in the last round and fell flat on his face. With that in mind, I knew the fight wasn’t over until it’s over.

By the 10th I knew that he was done. I was surprised that he came out for the 11th because he was still so dazed. I started jabbing because I knew that I didn’t have to get in close. I wanted him to reach for me with the jab, which he did. He put the jab out and all of a sudden I hit him with the right hand and he went staggering sideways. I knew that was it.

Holyfield defeated Tyson again on June 28, 1997 at the same venue, via third-round disqualification.