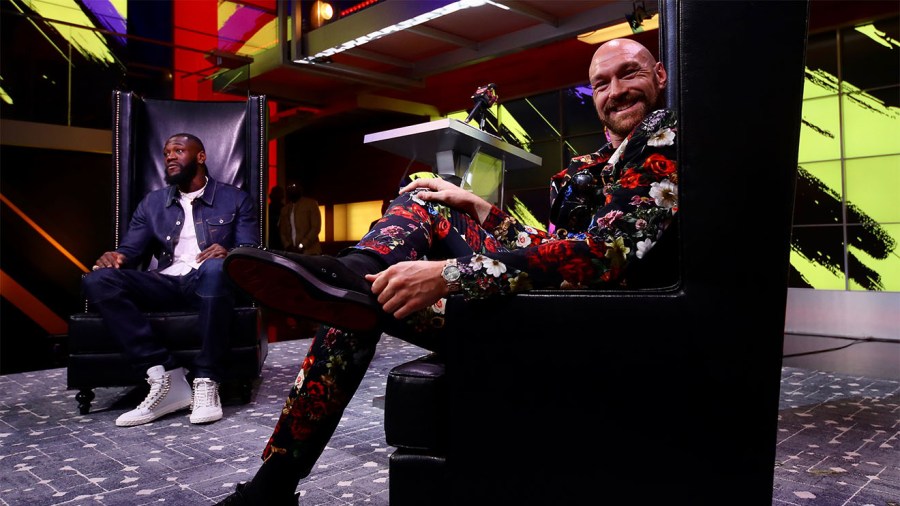 'Even if I hate this guy, I respect that. He has amazing power and his name is up there with all-time greats.' Tyson Fury on Deontay Wilder in his own words

I’M born ready. I’m feeling good in training camp. Everything has been going really well. There’s no injuries or excuses. It’s all dedication and sacrifice, one day after another.

The first fight I wanted to go in there and outbox him. It didn’t work. No matter what people say, I didn’t win. I count a draw as a loss.

We’re giant heavyweights. I’ve had 20 knockouts, so I’m very capable of knocking people out. When you underestimate someone else’s power, you usually end up unstuck. Whether I’m a great puncher or not, I don’t believe anybody else can match me with heart and determination. I’m going to put my iron will on Deontay Wilder.

I felt that I needed to get an edge in this fight. It’s not personal with me and my trainers, cutmen and nutritionists. It’s business. If I think someone else is going to improve my business, I’ll do it.

How do you beat a massive puncher? You have to back him up. He gets massive leverage in those long arms while coming forward. I have to put him on the back foot and make him absorb some of my power.

I’m the Gypsy King. There’s only been one and there’s only likely to be one going forward. That’s one belt that Deontay Wilder can’t ever win.

He had a great performance against Luis Ortiz. He did what he was supposed to do. He knocks guys out. He was relaxed and calm under the pressure. I was impressed. Not by the knockout, but by the way he was conducting himself under pressure.

I’m always real. Deontay Wilder has knocked out 43 opponents in a row. Even if I hate this guy, I respect that. He has amazing power and his name is up there with all-time greats. He’s a great puncher who gets the job done.