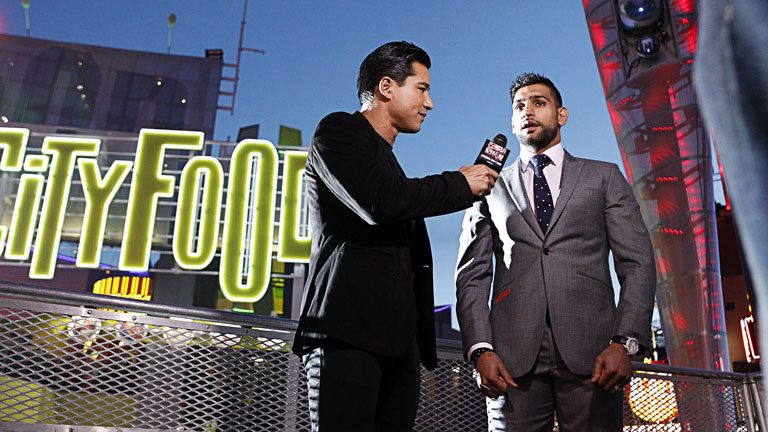 AMIR KHAN takes part in his 10th contest on American soil this weekend when he challenges WBC middleweight champion Saul “Canelo” Alvarez, and his reported £9m wage will be the biggest purse of his career so far. To date, though, Amir Khan’s earnings – at least in the US – are some way below other notable Brits who fought in the US like Lennox Lewis, Ricky Hatton and Prince Naseem Hamed.

Khan is also some way behind his compatriots when it comes to the average gate he attracts in America. The Bolton star’s current average is at 4,747 – which is certain to increase against Alvarez with the showdown set for the brand new 20,000-seater T-Mobile Las Vegas Arena – compared to 15,020 for Hamed, 11,861 for Lewis, and 10,047 for Hatton.

Only Lewis can boast an unbeaten record in the US, the highly controversial 1999 draw with Evander Holyfield the only blot, with Khan – like Hatton – currently at 7-2, and Hamed at 4-1.