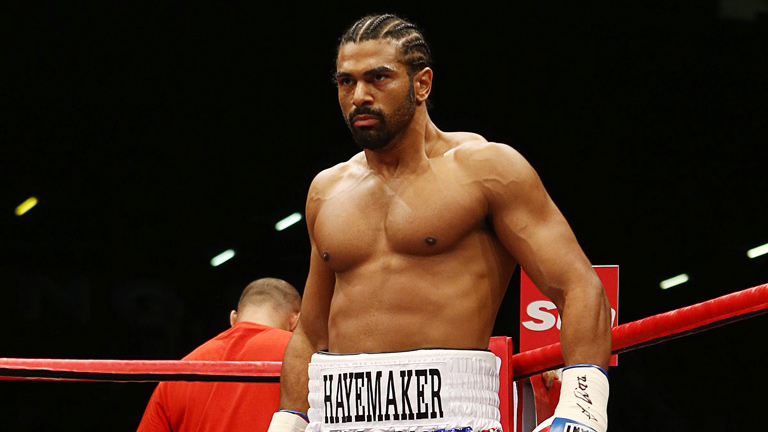 David Haye claims he was offered the Charles Martin fight

David Haye claims he was offered a fight with Charles Martin earlier this year before the then-IBF world heavyweight champion chose to face Anthony Joshua.

Martin won the vacant title that had been stripped from Tyson Fury when Vyacheslav Glazkov suffered a nasty leg injury early in their fight.

He then faced Joshua in his first defence and was brushed aside in two rounds, confirming Joshua’s suuperstar status –  though not quite, in Haye’s eyes.

“He fought Charles Martin who won the title by default, fighting a guy whose leg popped out in the second round. If that makes you the best in the world, it doesn’t make you the best anywhere. But they had the Sky Sports backing to chuck £5m at Charles Martin.”

Though Martin’s purse has not been officially confirmed, he did receive several millions for a fight in which he was utterly dominated. He has since retired from boxing.

Haye, who at the time had just returned from a lengthy hiatus, claims he was almost the one to challenge the unbeaten American.

He said: “Charles Martin originally offered me the fight because they know I generate a lot of money but obviously Eddie Hearn [Joshua’s promoter] chucked more money at Charles Martin, I couldn’t match that £5m guarantee so they went with Joshua. But it’s the business of boxing.”

Haye will fight WBC cruiserweight champion Tony Bellew in a huge heavyweight clash on March 4 in the hope that the money generated will convince Joshua’s backers to match the two in a fight, provided he beats Bellew.