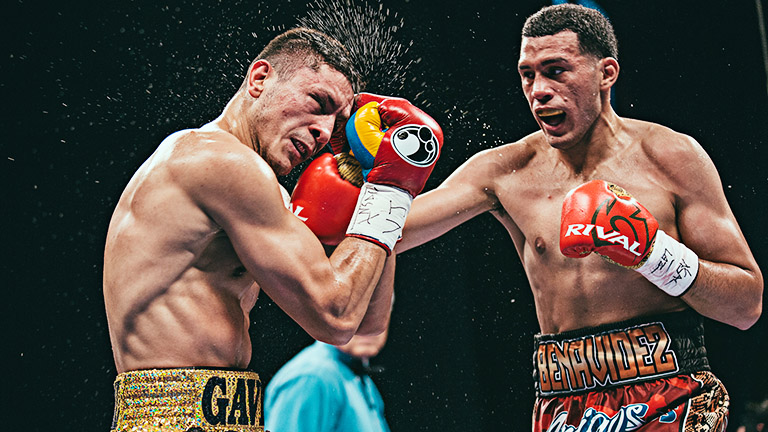 As David Benavidez is made champion in recess, Anthony Dirrell and Avni Yildirim fight for the vacant WBC super-middleweight world title on February 23, writes John Dennen

THE WBC’s super-middleweight David Benavidez failed a drug test when he was discovered with a recreational drug in his system. WBC president Mauricio Sulaiman wants his organisation to help Benavidez recover and he has been installed as champion in recess, leaving the title vacant.

“A surprise test by the Clean Boxing programme came out positive for cocaine,” Sulaiman said. “We addressed it immediately. I spoke to him, he admitted it and we had a meeting and he explained what happened. He went out, he’s single, he’s a young world champion with money and a beautiful girl comes up during a party and she offers cocaine.

“He felt the peer pressure that we all have felt, one way or another, in our lives and he was weak. He did it and the Clean Boxing programme caught him. So he lost his title, he was put in as ‘champion in recess’ and he’s going through a process of psychological aid, chemical aid and social programmes. So I feel confident this incident will change his life forever. It could have gone unnoticed if there was no test and he could have continued on to try more drugs or to get more involved to a point where there would be no return. I believe he’s paying the price. I have trust in him and I’m sure he will be back.”

He added, “We have to understand that they’re human beings. The most important issue here is their health. If you use recreational drugs while you are a fighter and you’re going to the gymnasium and sparring, the effects of cocaine or marijuana or other drugs could be very damaging to the body or the brain. It is not only the bad image or the dangers of using the drug but the intake and boxing activity is a combination that should not happen.”

There is no time limit on when Benavidez will come back to the sport. In the meantime Anthony Dirrell will fight Avni Yildirim on February 23 for the vacant world title. Sulaiman said, “Dirrell was signed to fight Benavidez so he will fight for the title against Avni Yildirim. That fight has been set for February 23 and Benavidez whenever he’s cleared by the WBC through the medical assessment will have the opportunity [to fight] for his title.”

He believes VADA and the WBC’s Clean Boxing programme are making an impact. “I know what we do, I know how we do it and I stand tall and feel proud of the Clean Boxing programme,” Sulaiman said. “It is a combination of what the programme is, how it is structured, the quality of the testing and the vulnerability of the process. There’s no hidden information whatsoever. We have lost fights, we have lost events but there is no price higher than the boxers’ safety. We are committed to it and I stand tall.”

VADA does have a good reputation but standards or the type of testing differ across different authorities. The UK Anti-Doping Agency in Britain for instance will follow different criteria to VADA. Sulaiman continued, “I know the British Boxing Board of Control, they use UKAD. Some other countries have their own programmes and that is great. The more testing there is the better and the safer.”

This article was originally published in Boxing News magazine.